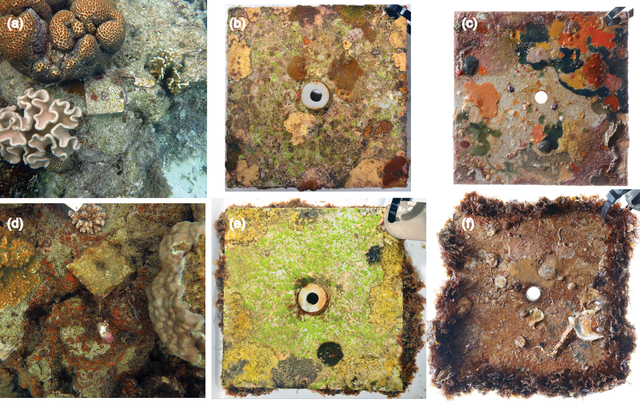 The changing faces of experimental coral reefs after 13 months at locations near Papua New Guinea. The upper lineup has the more typically calcified control, while the lower set depicts greener, noncalcifying algal growth because of ocean acidification near volcanic vents that release carbon dioxide. NOONAN ET AL. (2018)Ocean acidification will alter not only the composition of coral reef communities but also their metabolism as a group, according to a recent study published in PLOS One May 30. Researchers cultivated 90 coral reef communities on PVC tiles near volcanic vents seeping carbon dioxide into the Pacific Ocean near Papua New Guinea. They observed these communities grow less calcified in more acidic environments, gradually being swapped out for noncalcifying algae. Rates of photosynthesis and respiration increased in keeping with these changes in coral composition. 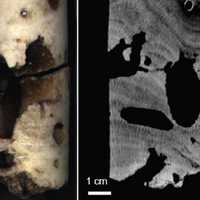 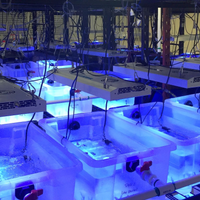 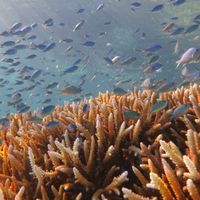