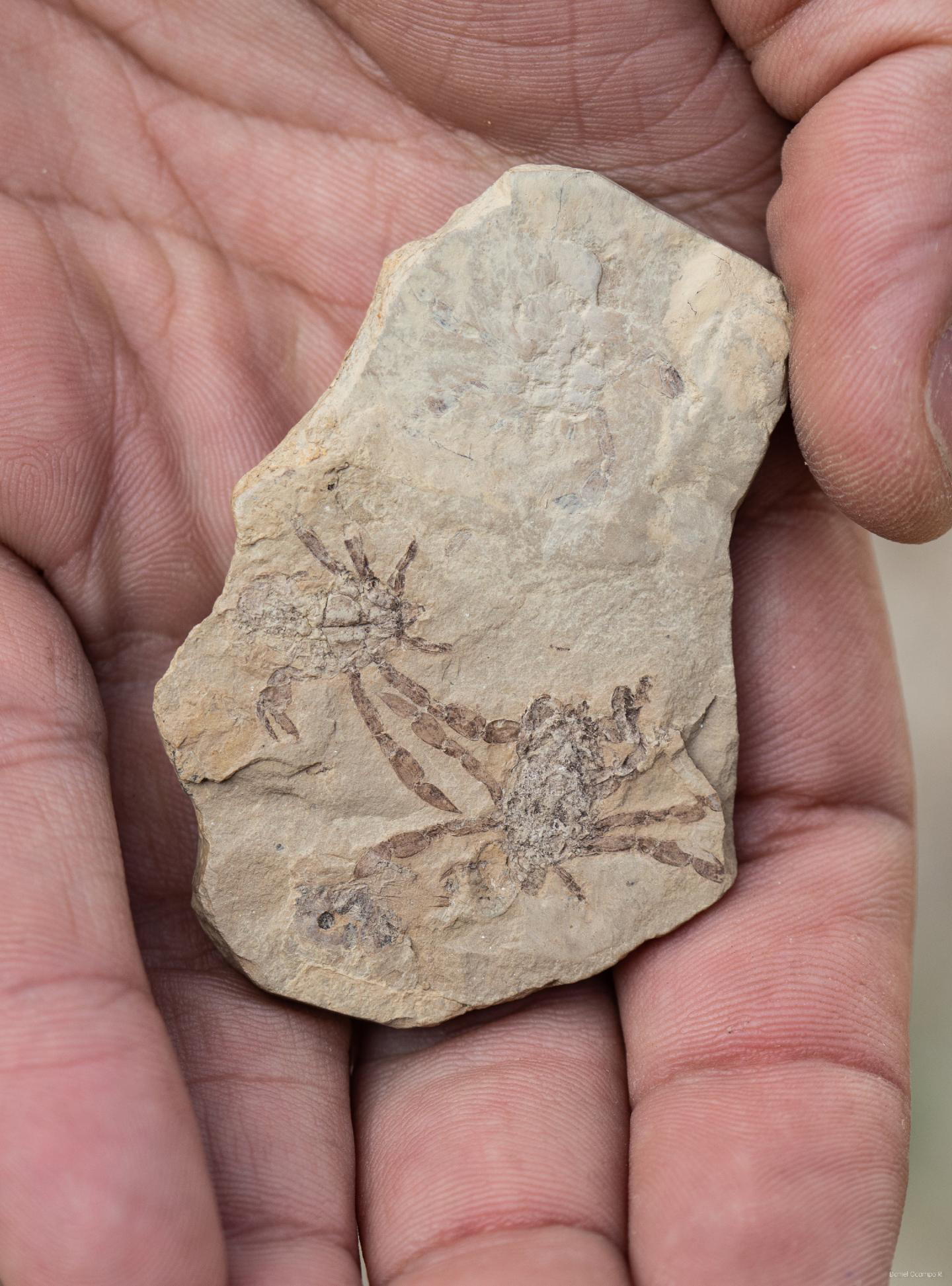 Fossil of Callichimaera perplexa, a crustacean from the mid-Cretaceous, is a species new to scientists.
DANIEL OCAMPO R., VENCEJO FILMS

Scientists described a newly found crab species, Callichimaera perplexa, on April 24 in Science Advances. The creatures lived during the mid-Cretaceous period, 90–95 million years ago, in Colombia and the US, according to the report. The authors state that the crab has characteristics from many families and may be part of a new branch of crustaceans. It has large, flattened, oar-like legs that might have been used for swimming.