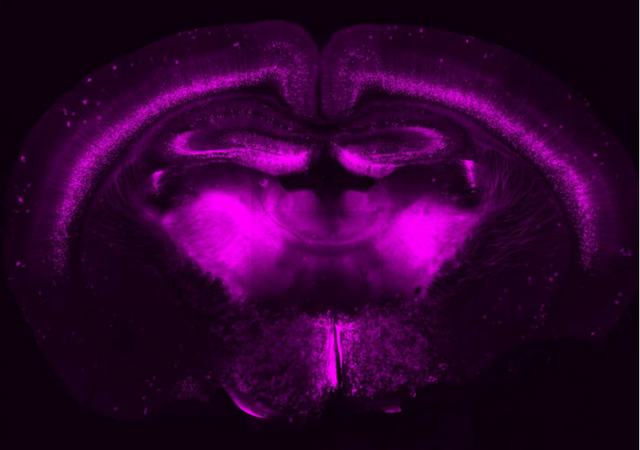 A slice through the mouse brain highlighting a subset of neurons tagged using the genome-editing tool CRISPR-Cas9 DAVID STAFFORD & REBECCA CHANCE, UNIVERSITY OF CALIFORNIA, BERKELEY Scientists from the University of California, Berkeley, are part of a $65.5 million effort to build a complete atlas of the mouse brain, which will lay the groundwork for doing the same in humans. The project is part of the federal government’s BRAIN initiative launched in 2013, with the aim of eventually developing new therapies for human neurological diseases.