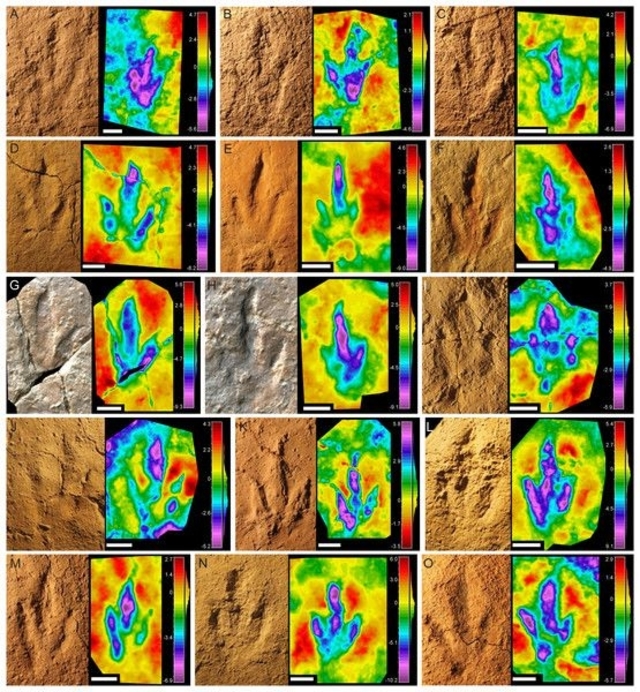 Between 2002 and 2011, paleontologists working in the Swiss Jura Mountains found multiple sets of dinosaur footprints. The tracks were tridactyl, meaning they each had three toes, but some impressions were larger than others, and it was unclear how many or what kind of dinosaurs made the tracks. Recently, the researchers analyzed the footprints using false-color depth maps and 3-D models to determine that various dinosaur species—rather than large and smaller members of the same species—made the tracks. They reported their findings last week (April 2) in PeerJ.