Listen to the sounds of social interactions among narwhals in East Greenland.
IMAGE: SUSANNA BLACKWELL. AUDIO: PLOS ONE.

In a study published in PLOS One yesterday (June 13), scientists report being able to record, for the first time ever, the various sounds that East Greenland narwhals make.

Researchers attached acoustic and satellite devices to six narwhals in East Greenland to record how the sounds they produce change over space and time. They learned that narwhals make three different sounds. Narwhals use clicks and buzzes while feeding for echolocation. Buzzes are heard when the narwhals are between 350 and 650 meters deep, clicks between 128 and 360 meters, and calls at shallow depths, fewer than 100 meters from the surface. 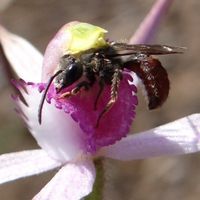 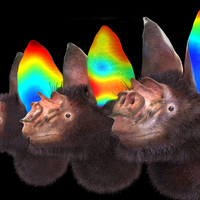