Scientists have discovered one of the oldest known bilaterians, organisms with symmetrical sides and a gut that opens on either end, in 55-million-year-old fossilized deposits from Nilpena, South Australia, according to a study published on March 23 in PNAS.

A 3-D laser scanner revealed that the wormlike creature had a cylindrical body measuring between 2 and 7 millimeters long and 1 and 2.5 millimeters wide, according to a press release, and was relatively complex compared to other organisms from the same time period because it appears to have burrowed under the sand on the ocean floor, suggesting “rudimentary sensory abilities.”

“We thought these animals should have existed during this interval, but always understood they would be difficult to recognize,” Scott Evans, a recent doctoral graduate from the University of California, Riverside, says in the statement. “Once we had the 3D scans, we knew that we had made an important discovery.” 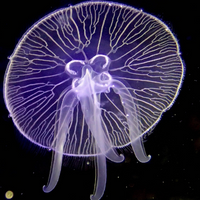 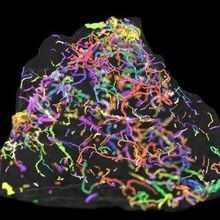 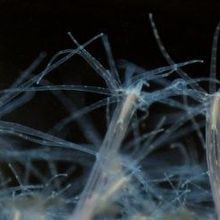