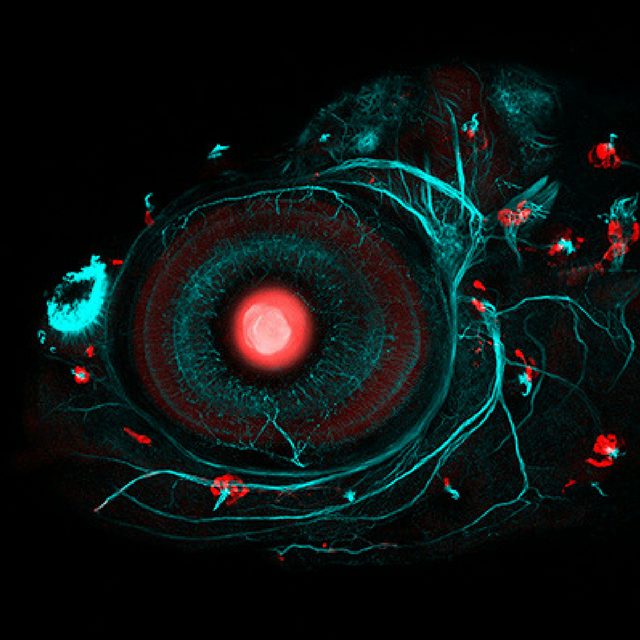 Confocal microscopy image of a 4-month-old zebrafish. The fish’s nervous system has been fluorescently labeled (blue), as have specific cells known as neuromasts present in the lens of the eye (red).INGRID LEKK, WILSON LABORATORY, UNIVERSITY COLLEGE LONDONTo study the zebrafish nervous system, scientists used a combination of CRISPR-Cas9 gene-editing technology and crossbreeding to highlight genes they're interested in. In this case, researchers labeled a gene expressed in neuromast cells that reside within the lens of the eye. Neuromasts are part of a mechanosensory system in fish that is responsive to surrounding movements in the water and is crucial for a range of behaviors such as avoiding predators and schooling.

This image received a Wellcome Image Award earlier this year. 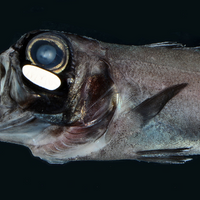 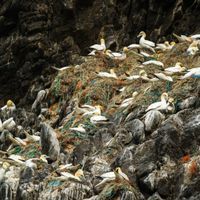