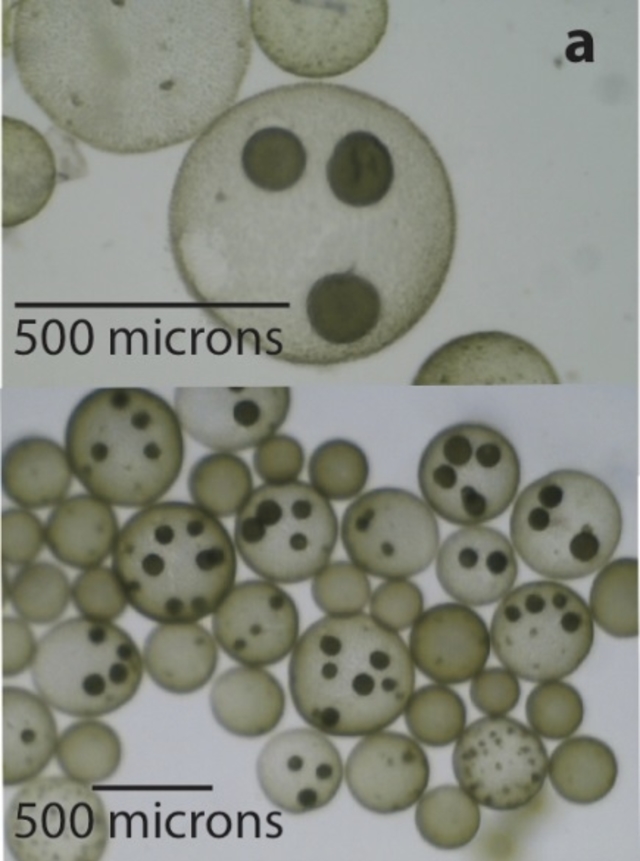 Volvox barberi are multicellular green algae that form colonies of 10,000 to 50,000 cells. In an abstract presented at the March 2018 meeting of the American Physical Society by Ravi Balasubramanian, a student at Harriton High School in Bryn Mawr, Pennsylvania, he describes how the algae form the colonies by actively “flocking” together.

The structures they form have lattice angles and other features similar to a crystal’s structure. Balasubramanian analyzed the flocking behavior with a computer simulation and found the algae formed closely packed arrangements that make optimal use of space. He also placed a die tracer in the Volvox colony and saw that they generated hydrodynamic vortices as the colony rotated. Balasubramanian published the results on March 8 in bioRxiv.