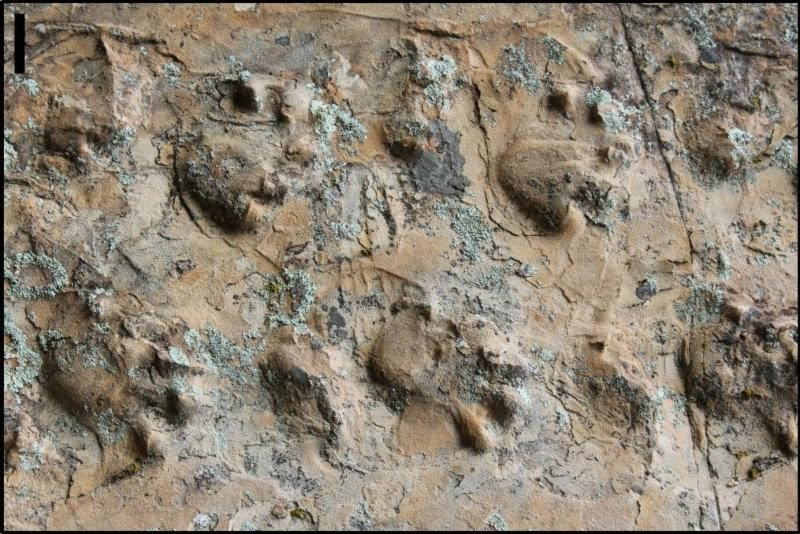 A team of paleontologists reports the presence of 280-million-year-old fossil tracks in the Grand Canyon left behind by a tetrapod, or animal with four legs, of a genus called Ichniotherium, typically found in Europe. The animal that made the footprints is thought to be a diadectomorph, which has characteristics of amphibians and reptiles. “Paleontologists have long thought that only amniotes could live in the dry and harsh Permian deserts. This discovery shows that tetrapods other than reptiles were living in those deserts, and, surprisingly, were already adapted to life in an environment of limited water,” says Spencer Lucas of the New Mexico Museum of Natural History & Science in a press release.