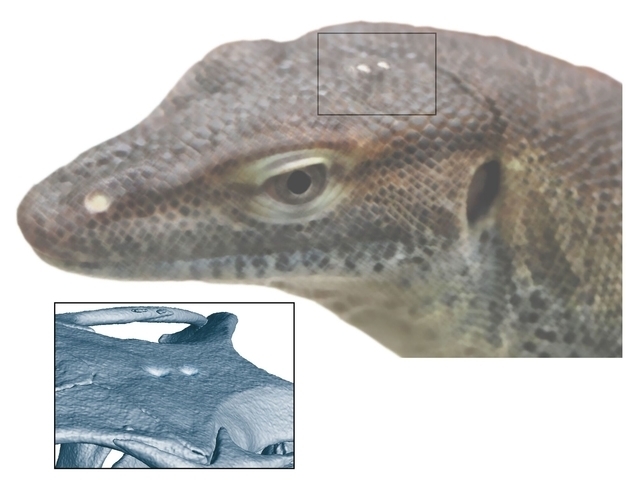 During the Eocene epoch, Saniwa ensidens, extinct ancestors to living monitor lizards, perceived the world around them with four eyes, two normal eyes in their faces and two other ones atop their heads. In a study published yesterday (April 2) in Current Biology, researchers describe the pineal and parapineal organs, light-sensitive structures on the lizards’ heads that they used for orientation and to maintain circadian and annual cycles.

Similar organs are found in other vertebrates including fish and frogs, and are often called the “third eye.” Until this discovery, the evolutionary history of the third eye in these organisms and in reptiles was unclear.

“By discovering a four-eyed lizard—in which both pineal and parapineal organs formed an eye on the top of the head—we could confirm that the lizard third eye really is different...