The gut of a nine-week-old mouse. Lymph node chains are stained in white, intestine antigen-presenting cells in red, and insulin in green.
NATURE/LABORATORY OF MUCOSAL IMMUNOLOGY AT THE ROCKEFELLER UNIVERSITY

Intestines are separated into segments, which have different digestive functions. A study in mice and published in in Nature on April 15 shows the segments also have different immune functions. The research team found that the lymph nodes that drain the gut act differently according to where they are in the intestines.

“At first glance the intestine appears uniform throughout,” says coauthor Daniel Mucida of the Rockefeller University in a press release. “But we’ve found a sophisticated functional system lurking beneath the surface, organized in segments to allow different immune system functions in different locations.” Segments higher in the gut that absorb nutrients from food had less aggressive defenses, while stronger immune responses happened lower in the gut where pathogens are removed. 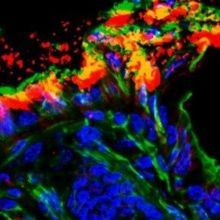 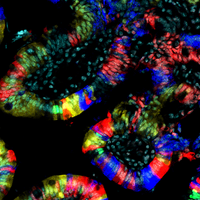 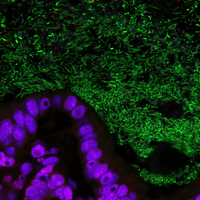 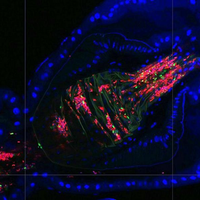