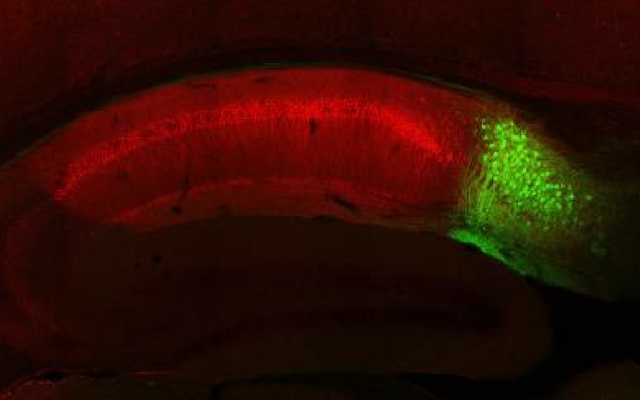 Fluorescently labeled cells in a mouse brain, with subiculum neurons in green and CA1 neurons in redRIKEN-MIT CENTER FOR NEURAL CIRCUIT GENETICS Researchers demonstrated that the mouse subiculum, a brain region associated with the hippocampus, is important for recalling certain types of memories, but it doesn’t appear to play a role in forming them. When they optogenetically turned off neurons within the subiculum, mice’s abilities to retrieve a memory they had previously formed was disrupted.

Some scientists think that brain circuits responsible for forming memories are the same as those necessary for retrieving them, write the authors in their report. These data, however, offer evidence to the contrary.