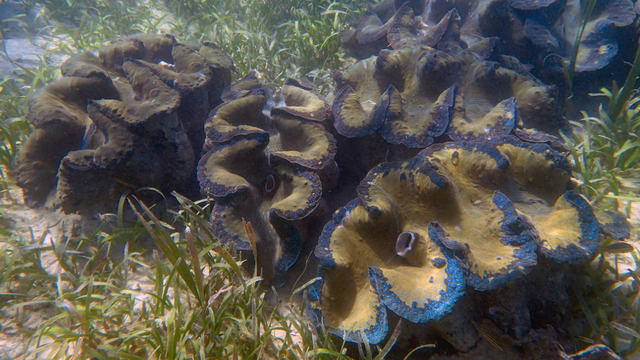 The largest giant clam species, Tridacna gigas, is severely endangeredNEO MEI LIN, NATIONAL UNIVERSITY OF SINGAPORE In a two-year project, an international team of marine scientists re-evaluated the taxonomy, distribution, and conservation status of all species of giant clams. They found that the largest species, Tridacna gigas, remains the most threatened. Of the 31 sites where natural populations were believed to be present, the clam could not be found at 26 of them. Its large size makes it valuable for harvest.

The least threatened clam species, T. crocea, also happens to be the smallest. Its small size—around 15 centimeters in length—makes it difficult for fishers to find in the reef bed.