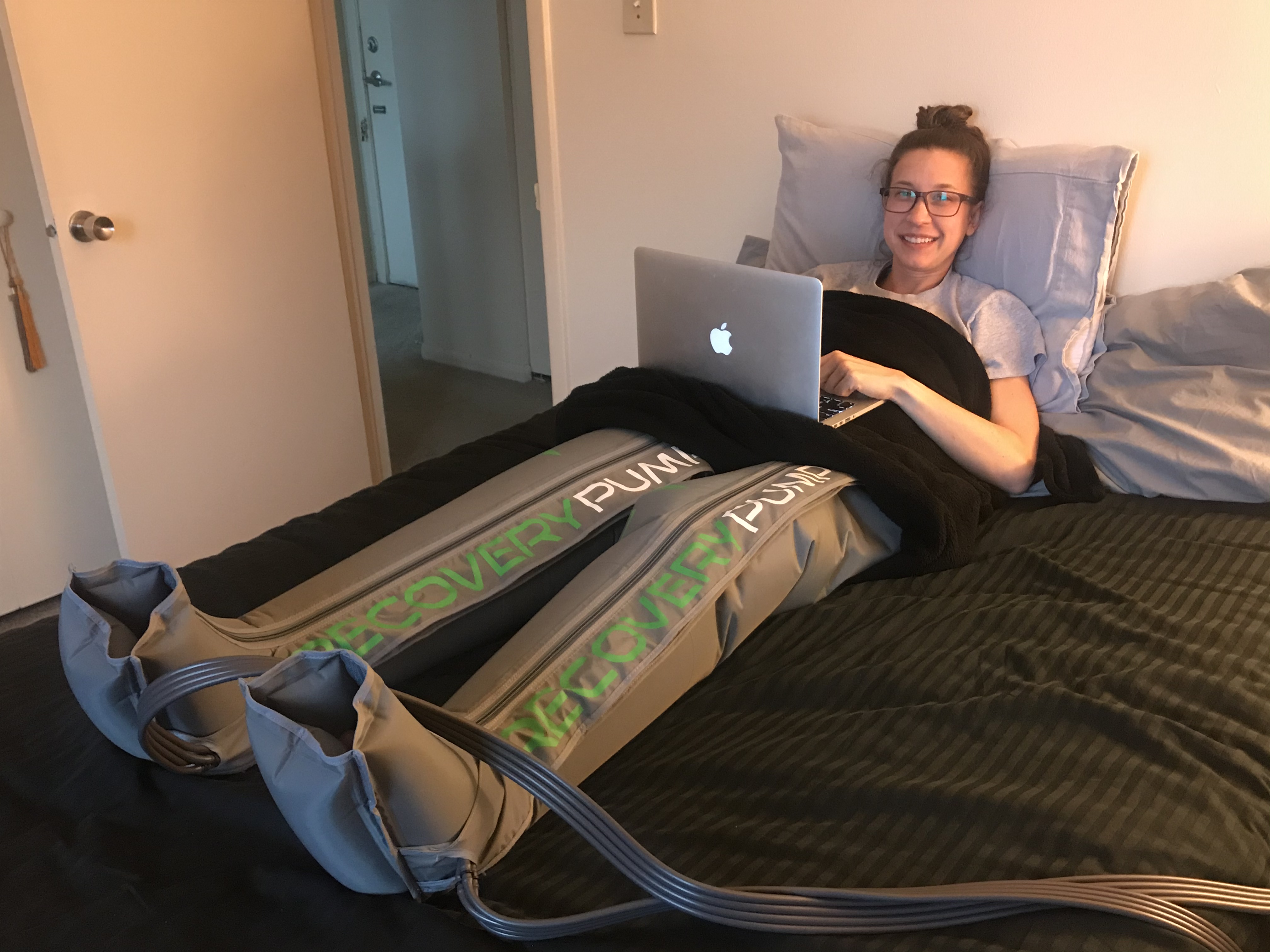 Olivia Ballew works on her dissertation while wearing decompression boots after a long Sunday run. The boots increase blood flow, which helps flush out toxins such as lactic acid and also heals microtears in her leg muscles. “It basically feels like a blood pressure cuff,” says Ballew.
OLIVIA BALLEW

Olivia Ballew knows the difficulties of both science and running, but “if I had to pick,” she tells The Scientist, “I would say that getting a PhD is much harder than qualifying for the Olympic Trials.”

It was Ballew’s time in the Indianapolis Monumental Marathon in November 2018—2:43:15—that qualified her to compete in the Olympic trials to be held later this week in Atlanta. The top runners will advance to the summer Olympics in Tokyo this July. Ballew has been training for the run as she simultaneously writes her dissertation on meiotic commitment in yeast cells.

Her research in Soni Lacefield’s lab at Indiana University investigates what keeps a cell in meiosis once it decides to undergo the process, and she has found that knocking out two meiotic checkpoints—one in yeast cells and another in mammalian cells—results in a loss of meiotic commitment.

As the trials approach, she has been hitting between 90 and 100 miles per week. Balancing both science and running has presented some challenges. Ballew says she realized, “I can’t run late at night, but I can do science late at night.” With the support and encouragement of her advisor, Ballew figured out how to get her work done on her own schedule, and how to fit in the eight hours of sleep that she needs each night to recover. She admits she doesn’t have much of a social life.

For Ballew, running provides an outlet to think about science from a different perspective. “If I get frustrated in lab or something isn’t working, I can go out and work my brain some other way to kind of detach . . . and some of my best thinking is done while I'm running,” she says. “Grad students today spend so much time working and working that you don’t actually get the time to just sit down and think about science.”