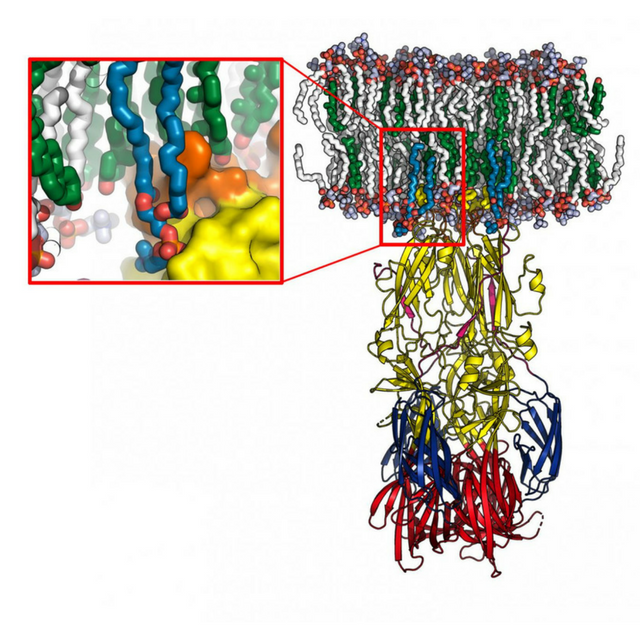 A model of the Rift Valley virus fusion protein (in yellow, blue, and red in the lower half) interacting with a cell membrane (shown in white and green). The enlargement shows a “pocket” in the membrane (yellow) where the two connect. PABLO GUARDAVO-CALVO / INSTITUT PASTEURRift Valley fever—a disease endemic to sub-Saharan Africa—primarily affects livestock, but can also be fatal in humans. Scientists don’t quite understand how the virus responsible for the disease infects the cells of its hosts. Now, scientists from Germany and France have discovered a mechanism by which the virus inserts itself into the host membrane: One of its proteins has a “pocket” that recognizes specific lipids in cellular membranes. Similar proteins are found in other viruses such as Zika and chikungunya.