GPS data visualization of 27 storks thermalling in an upwind. The flight path of each bird is color-coded based on its overall flapping activity from blue (low) to red (high). COPYRIGHT RENAUD BASTIEN AND MATE NAGY, MAX PLANCK INSTITUTE FOR ORNITHOLOGY RADOLFZELL In a study published yesterday (May 24) in Science, researchers describe the social dynamics at play in migrating flocks of white storks (Ciconia ciconia). Using GPS tags to track individuals during the journey, Andrea Flack of the Max Planck Institute for Ornithology and her colleagues found that some birds, which they dubbed “leaders,” play a greater role in guiding the flock than other birds, which they called “followers.”

The storks travel from Africa to Europe and back again every year, covering thousands of kilometers in each migration. To save energy, they gain altitude by gliding in circles inside columns of rising warm air, called thermals. By analyzing their movements, Flack and colleagues found that the leaders identified the thermals, flapped their wings less, and flew farther than the followers. 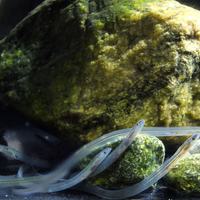 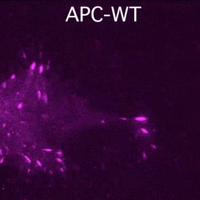