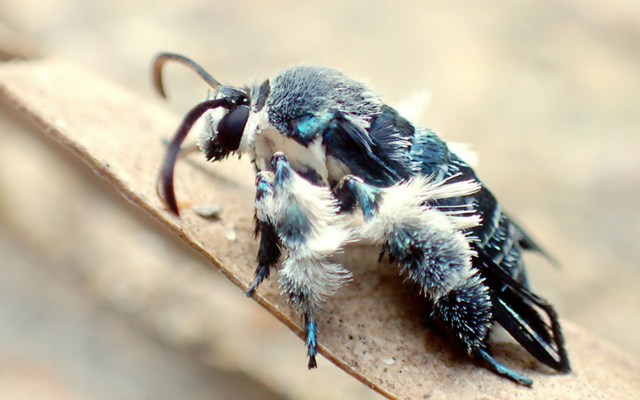 The bee-mimicking moth Heterosphecia tawonoidesMARTA SKOWRON VOLPONIAfter not finding a single specimen for 130 years, the oriental blue clearwing moth Heterosphecia tawonoides was re-discovered by entomologists in the jungles of Malaysia. The species was known only from a damaged museum specimen that had been collected in 1887. It not only looks like a bee, it also behaves like a bee in real life, the scientists found.