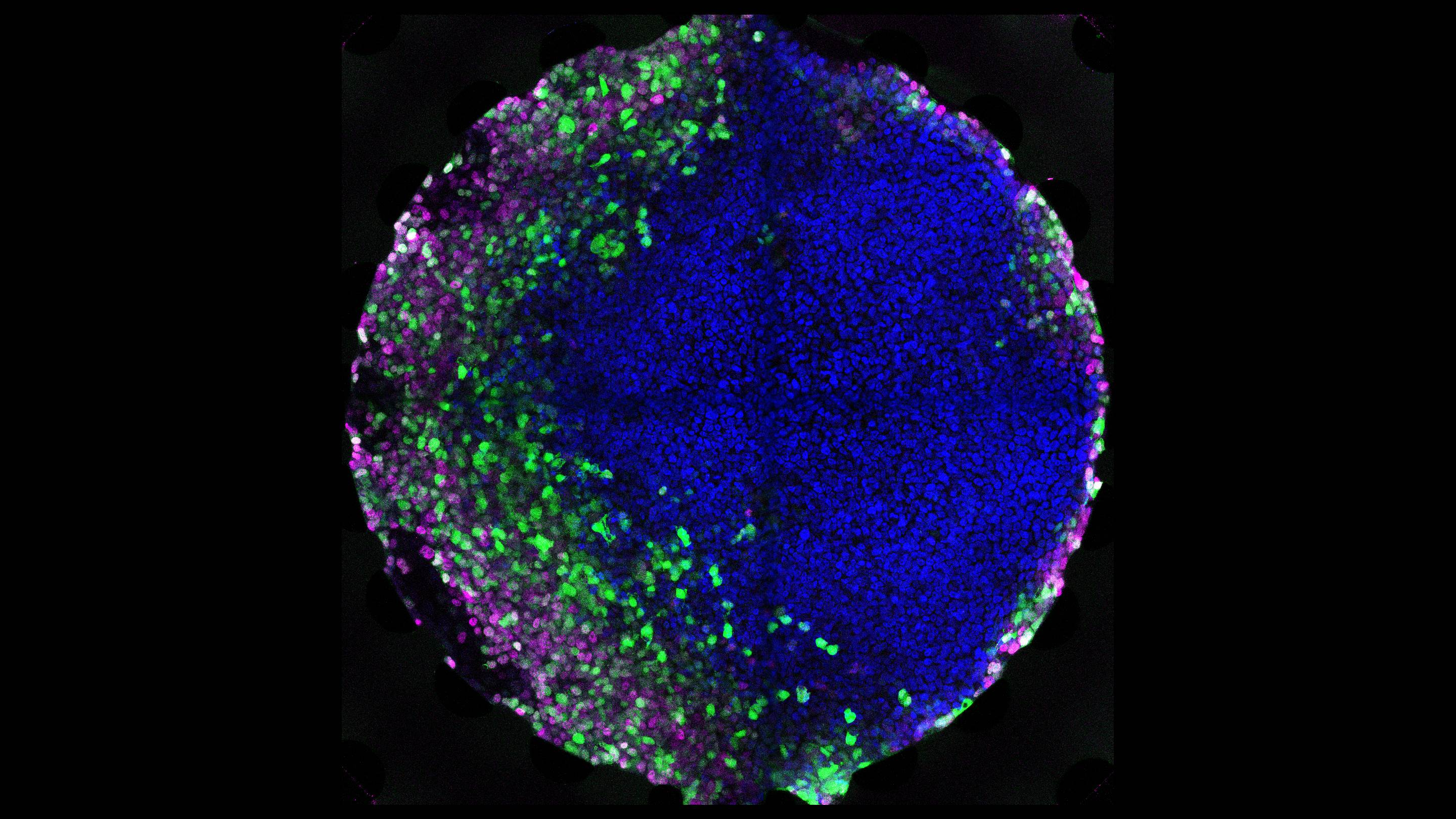 Human embryonic stem cells grown on a chip differentiate into different cell types and organize themselves in layers, as shown in a study published in Nature Methods on June 27. The researchers were able to induce the stem cells to differentiate and form the patterns by exposing the cells to concentration gradients of signaling molecules called morphogens.