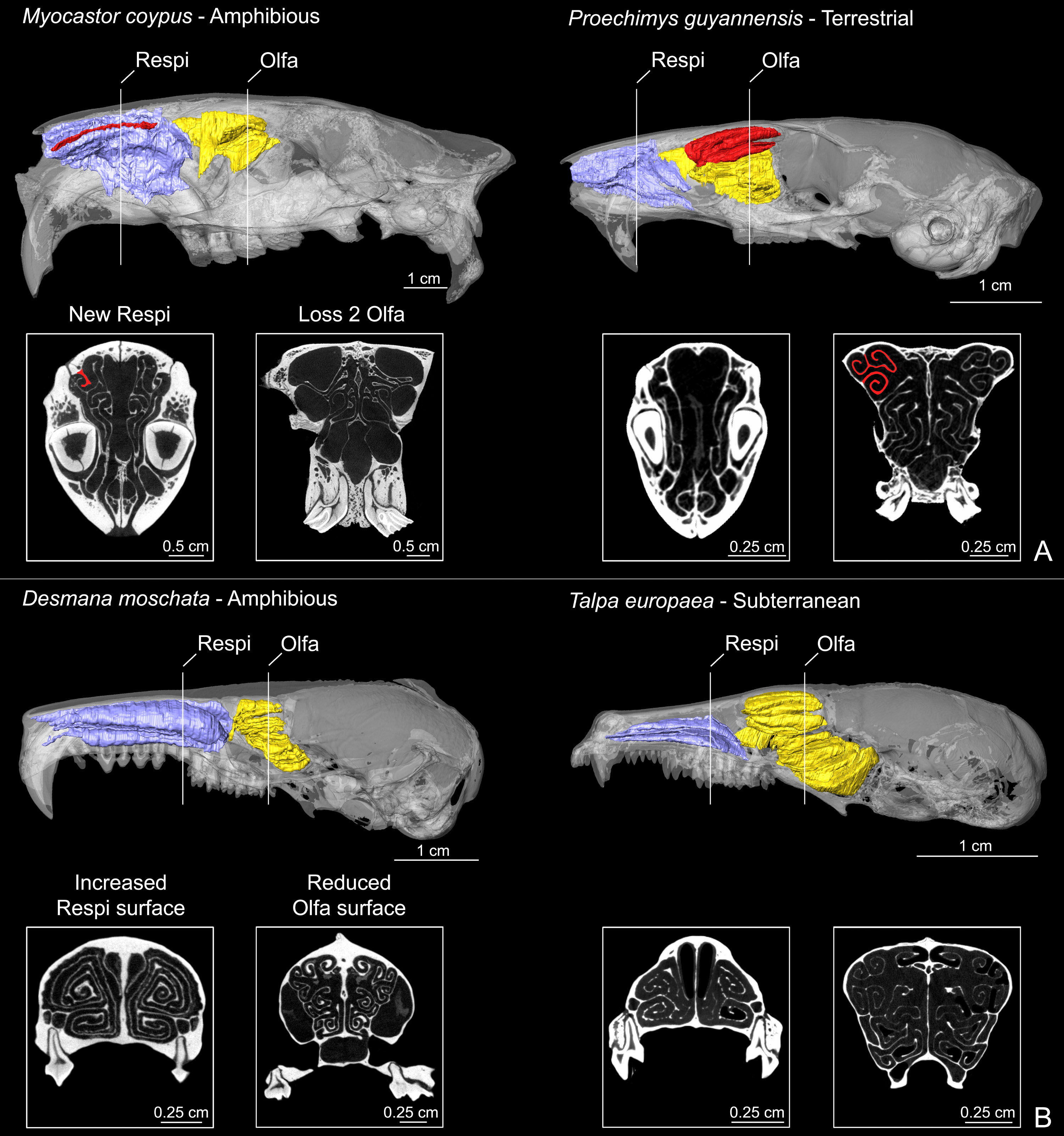 Using 3-D CT scanning, researchers analyzed the nasal cavities in 189 skulls from 17 lineages of small amphibious mammals belonging to the Afrosoricida, Eulipothphla, and Rodentia orders, and found signs that a poorer sense of smell is associated with a better ability to thermoregulate, according to a study published on April 6 in PNAS. These morphological relationships involved the turbinals, small bony structures located inside the nasal cavities: smaller olfactory turbinals, which help enhance an animal’s sense of smell, were linked with larger respiratory turbinals, which help an animal conserve heat. Evolutionary models indicated that changes in these structures occurred in diverse amphibious mammals 5.4 times faster than did changes in traits that aren’t related to such vital functions.

The authors write in the paper that the rapid shift between foraging in water and on land resulted in swift morphological changes that allowed the animals “to adapt to new sensorial and physiological environments,” and that their findings suggest that shifting to an “aquatic environment played an important role in the morpho-anatomical shaping of small amphibious mammals.”