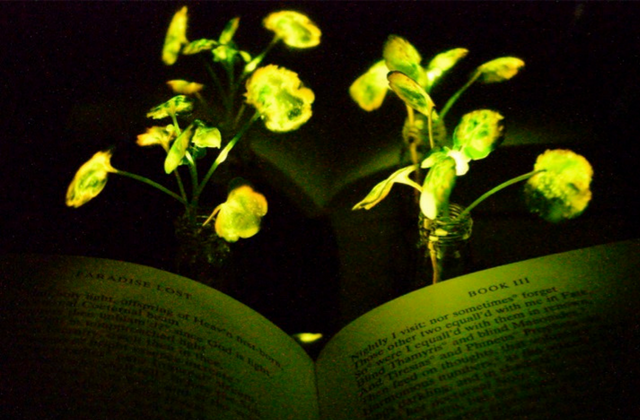 A “nanobionic” plant, infused with nanoparticles containing light-emitting luciferinAMERICAN CHEMICAL SOCIETYMost previous attempts to make plants glow involve genetically engineering the genes of luminescent bacteria or fireflies into their genomes. Now, researchers have infused watercress and other plants with nanoparticles that travel to specific locations within plants. These were loaded with the light-emitting protein luciferin, its activating enzyme, luciferase, and coenzyme A, which boosts the activity of the enzyme.

The researchers' watercress was 100,000 times brighter than genetically engineered “glowing” tobacco plants, and half as bright as a commercial one-microwatt LED light.