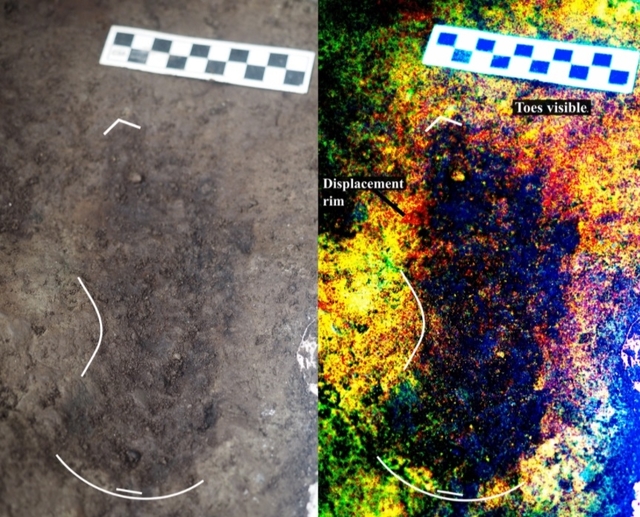 Photo of a footprint (left) and a digitally-enhanced image of the footprint (right) from a human who lived 13,000 years agoDUNCAN MCLAREN

Archaeologists searching a beach on Canada’s Pacific Coast found something amazing: a footprint left there by a human 13,000 years ago. Researchers reported yesterday (March 28) in PLOS ONE that they uncovered this and 29 other footprints on an island in the Hakai Protected Area, an archipelago off the coast of British Columbia.

Sea levels were lower 13,000 years ago than they are now because much of the Earth’s water was locked up in glaciers; in the search area, the difference was as much as 2-3 meters. The researchers were looking for archaeological deposits in that intertidal area when they were surprised to find the footprints. They used radiocarbon dating to estimate their age and analyzed them digitally to determine they most likely belonged to two adults...