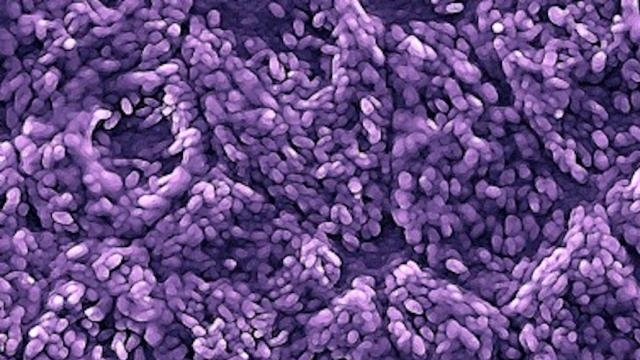 A team of physicians and researchers reported earlier this month (April 4) in Science Translational Medicine that they successfully treated advanced dry age-related macular degeneration with retinal implants grown from stem cells. Four patients received the implant, which consists of a layer of retinal pigment epithelium cells grown from human embryonic stem cell atop an ultra-thin supportive synthetic parylene structure. One year later, three of the four patients had improvements in vision, and none of the patients had progression of vision loss.

“This implant has the potential to stop the progression of the disease or even improve patients’ vision,” says Amir Kashani, a clinical ophthalmologist at the University of Southern California, in a statement. “Proving its safety in humans is the first step in accomplishing that goal.”