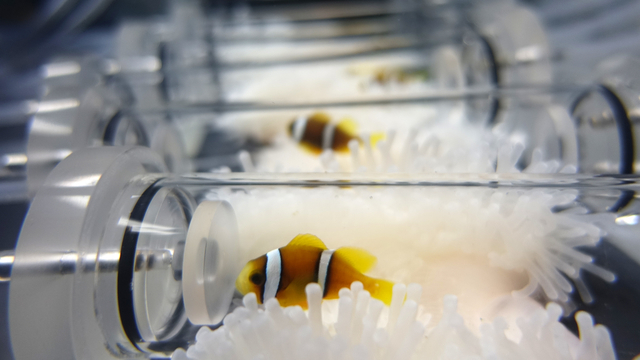 Sea anemones are fearsome predators that stun their prey—mostly small fish and crustaceans—with a powerful neurotoxin. For clownfish, however, the anemones are home. Clownfish have a thick layer of mucus on their skin that protects them from the anemones’ toxins, and they hide among the tentacles and lay their eggs at their bases. Normally, anemones’ tentacles have a golden color due to the microalgae that live on them. But as ocean temperatures warm, the microalgae are expelled from the tentacles, leading to bleaching.

Tommy Norin, an ecological physiologist at the University of Glasgow, and his colleagues studied the effects of bleaching on the clownfish and reported their findings earlier this month (April 11) in Proceedings of the Royal Society B. They compared metabolic indicators...