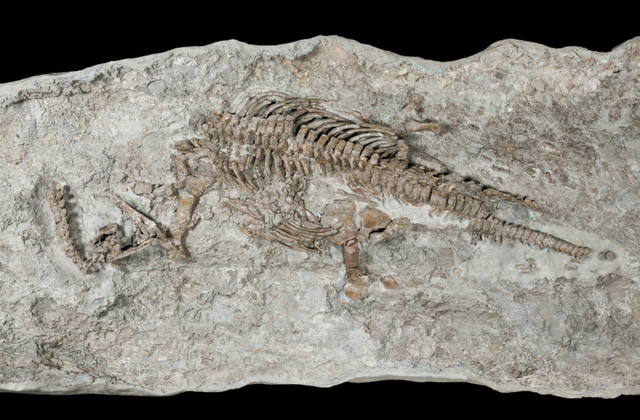 Skeleton of the newly discovered species Rhaeticosaurus mertensi, showing its disintegrated skull and neck (left) GEORG OLESCHINKSI Scientists discovered a new dinosaur species, Rhaeticosaurus mertensi, buried in a clay pit near the village of Bonenburg, Germany. It's a type of plesiosaur, a group of small-bodied marine reptiles with four flippers and small heads supported by long necks. Researchers previously believed that these creatures emerged in the Jurassic period, but the new fossil suggests that they appeared on the scene earlier, in the late Triassic period.