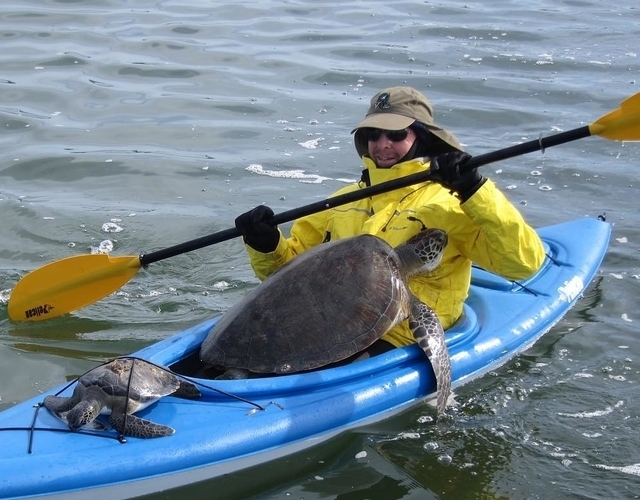 Biologist Allen Foley of the Florida Fish and Wildlife Commission rescues green sea turtles (Chelonia mydas).FLORIDA FISH AND WILDLIFE CONSERVATION COMMISSION In January, temperatures in the Florida panhandle dipped to around freezing. Under these conditions, turtles can be in danger of drowning. During the cold snap, biologists from the Florida Fish and Wildlife Commission rescued more than 1,000 cold-stunned turtles in St. Joseph Bay, near Tallahassee. The vast majority of them were green sea turtles, Margaret Lamont of the USGS tells the Tampa Bay Times. “We’ve also seen some Kemp’s ridleys, a few loggerheads and one hawksbill,” she says. Rescuers took the turtles to a local marine park for rehabilitation.