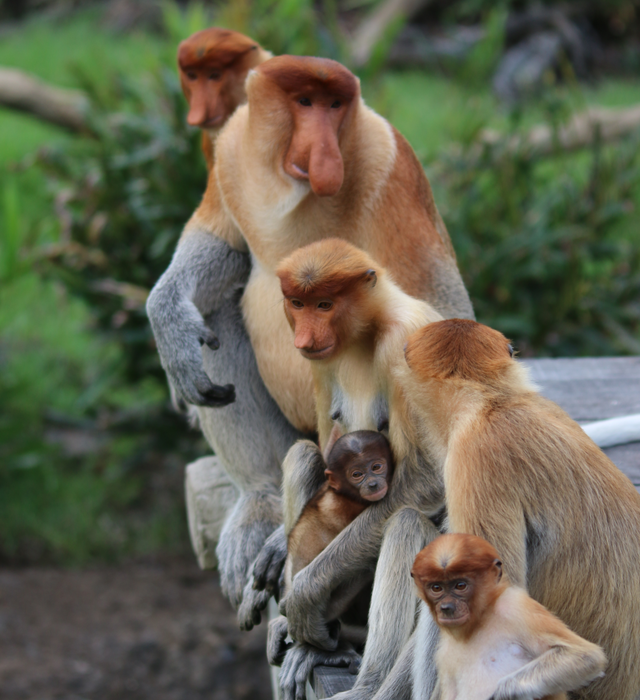 Proboscis monkeys (Nasalis larvatus) are named for the males’ large noses, and they appear to have evolved them to attract females, researchers reported Wednesday (February 21) in Science Advances.

These monkeys are the only primate species in which males have strikingly different noses than females. To test whether the trait evolved to attract females, researchers at Kyoto University compared body mass, testicular volume, harem size, and facial characteristics—including nose dimensions—of monkeys in captivity and in the wild. They found a link between nose size and the number of females in each male’s harem.

“We found [a] strong correlation between the size of an enlarged nose with physical strength, indicated by body mass, and reproductive ability, indicated by testis size,” says primatologist and study coauthor Hiroki Koda, in a...