ABOVE: The A. afarensis “Dikika child” fossilized skull from Ethiopia. “The colors represent the different fragments of the bone that were defined based on computed tomographic scans of the original bones,” coauthor Philipp Gunz tells The Scientist in an email. “Subsequently, I repositioned these fragments on the computer so as to correct for damage [to] the bone after death.”
PHILIPP GUNZ, MPI EVA LEIPZIG

The brains of Australopithecus afarensis, a hominin species that lived in eastern Africa more than 3 million years ago, were organized in a manner similar to those of apes, report the authors of a study published on April 1 in Science Advances, but they also indicate a slow growth period like that found in modern humans. 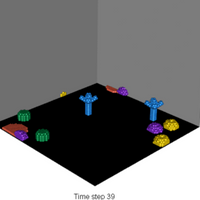 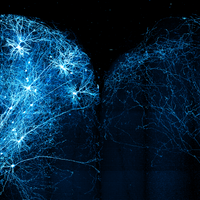