To study how Manta rays (Mobula birostris) maneuver, researchers filmed them from two cameras at once and plotted coordinate data to create a 3-D reconstruction of their movements. The scientists reported in the Journal of Experimental Biology last month (February 27) that the rays use a few different turning strategies.

“They either beat their fins with the outboard fin beating faster than the inboard fin to turn, or hold the inboard fin motionless with the tip held above the level of the body and the outboard fin beating,” lead author Frank Fish, a biologist at West Chester University, says in a press release. The animals also bank like planes as they turn, which may be due to limitations from their rigid body structure, says Fish.

What’s next? “I would like to look at the somersaults that mantas perform to see their vertical maneuverability,” he says. 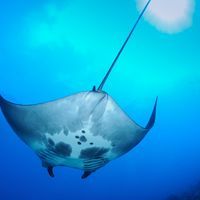 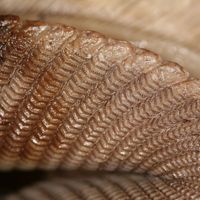 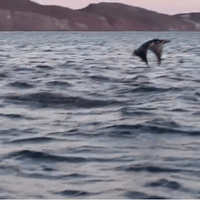 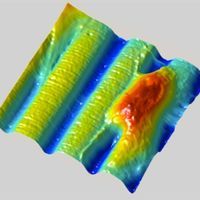