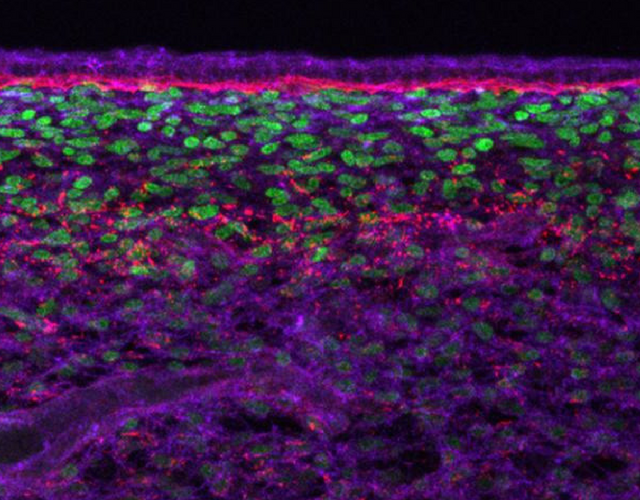 A slice of embryonic skin tissue from a chicken, with dermal cells (green) sandwiched between an epidermal layer above and embryonic cells below (both purple).  AMY SHYER, UC BERKELEY Tension between developing skin cells in a chicken embryo is important for the eventual growth of evenly spaced feathers, scientists find.

“The cells of the skin in the embryo are pulling on each other and eventually pull one another into little piles that each go on to become a follicle,” says embryologist Amy Shyer, a postdoc at the UC Berkeley Department of Molecular and Cell Biology, in a news release.

“What is really key is that there isn’t a particular genetic program that sets up this pattern. All of these cells are initially the same and they have the same genetic program, but their mechanical behavior produces a difference in the piled-up cells that flips a switch, forming a...