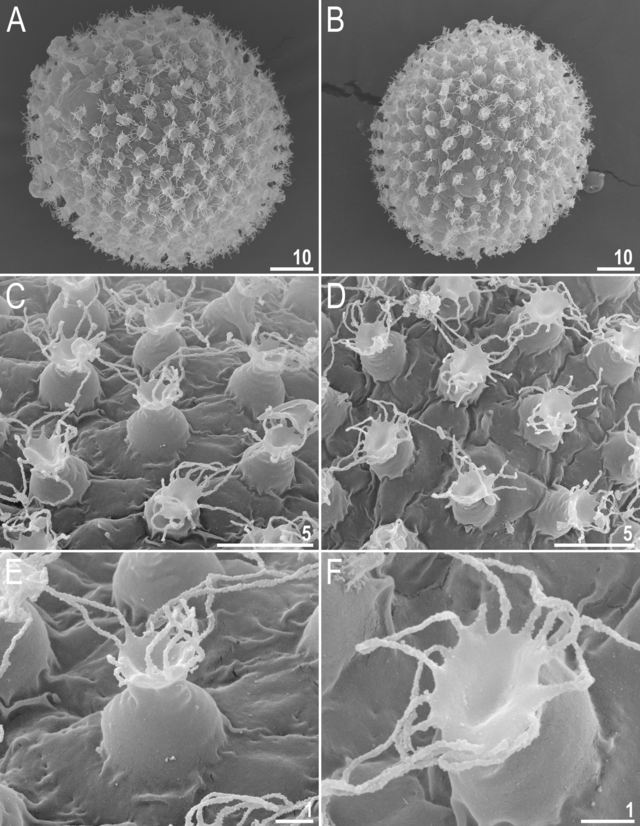 Researchers announced the discovery of a new species of tardigrade in PLOS ONE on Wednesday (February 28). The animal is named Macrobiotus shonaicus for the Shōnai region in Japan where it was collected. Study coauthor Kazaharu Arakawa, a molecular biologist at Keio University, collected the critter in a clump of moss he scraped from the surface of his apartment complex’s parking lot.

The new species was added to the hufelandi group of tardigrades, which was previously represented by just one other species, M. hufelandi. Hufelandi tardigrades’ eggs have similar characteristics, notably, structures on their surface called egg processes. M. shonaicus has thin, flexible filaments on the ends of the...

D. Stec et al., “An integrative description of Macrobiotus shonaicus sp. nov. (Tardigrada: Macrobiotidae) from Japan with notes on its phylogenetic position within the hufelandi group,” PLOS ONE, doi:10.1371/journal.pone.0192210, 2018.