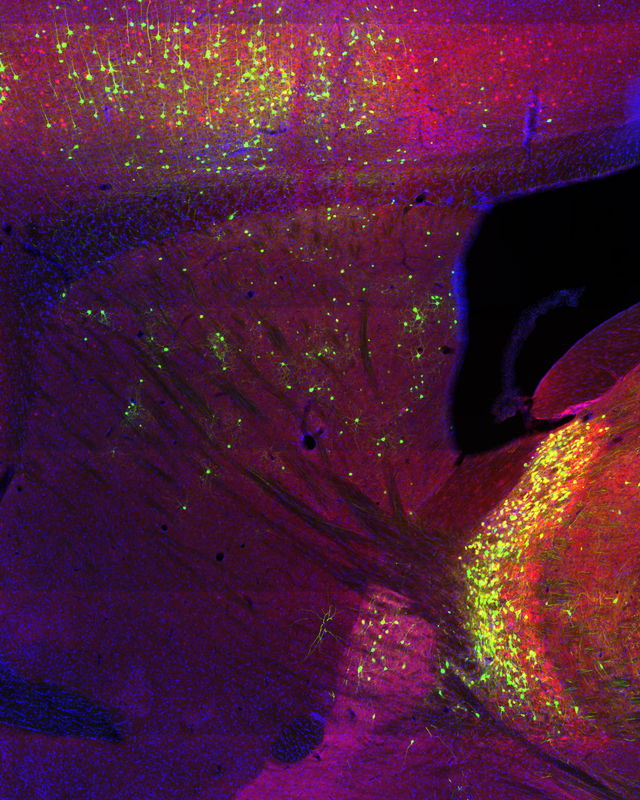 Five percent of the neurons in the mouse striatum—an area of the forebrain critical to motor and reward systems—only talk to one another. Because they don’t send projections to the rest of the brain, little was known about these cells, called striatal interneurons, until now. Scientists at the Salk Institute mapped the pathways that connect other regions of brain to striatal interneurons in mice and discovered that a group of neurons in the thalamic reticular nucleus (TRN) project directly to them.

The TRN is a part of the thalamus that receives inputs from other regions of the brain and may organize communication among those various signals. The researchers published their findings last week (May 1) in eLife.

“The difficulty with studying striatal interneurons is that there are so few of them,” says coauthor Xin Jin, a neurobiologist at Salk, in a statement. Jin and his colleagues used a modified rabies virus that contains a fluorescent tag to track which neurons were communicating with one another in mice’s brains.