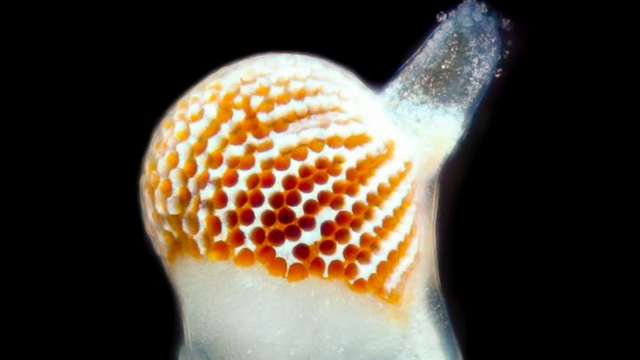 A micrograph of an eye (250 microns across) located on a fan worm (Megalomma interrupta) tentacle MICHAEL BOK, UNIVERSITY OF BRISTOL Sea-dwelling fan worms have eyes on their tentacles that, scientists have found, “see” using distinctive molecular mechanisms.

"Due to their unique evolutionary history and neural circuitry these eyes could offer many clues about the emergence of new sensory systems and how the first eyes may have arisen,” says lead author Michael Bok of the University of Bristol in a news release.