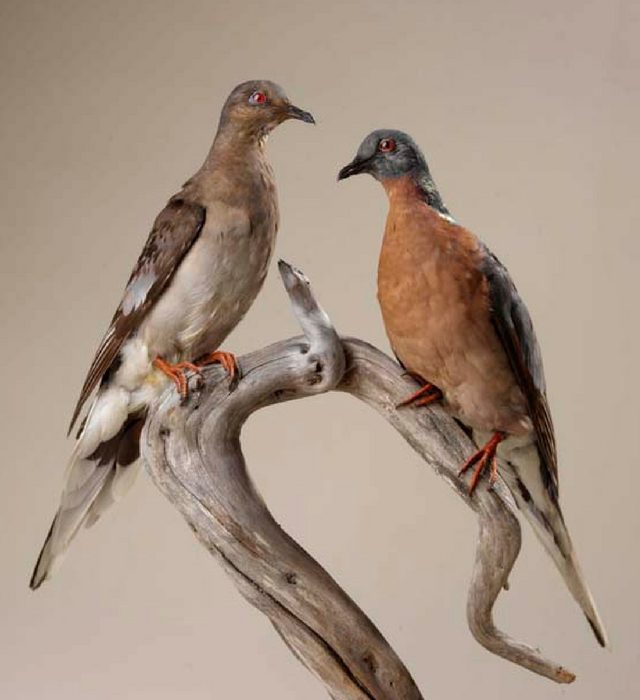 Two specimens of passenger pigeon (Ectopistes migratorius), an extinct pigeon species that was endemic to North AmericaBRIAN BOYLE, MPA, FPPO PHOTO COPYRIGHT ROMThe passenger pigeon (Ectopistes migratorius) was once the most abundant bird in North America. Its population is estimated to have numbered between 3 billion and 5 billion before widespread hunting drove it to extinction in the late 19th century.

How such a large, stable population could abruptly vanish has long puzzled scientists. Now, a genomic analysis of conserved pigeon specimens sheds light on how the extinction occurred. Researchers were able to show that the passenger pigeon population did not have much genetic diversity compared to living pigeon species, which they believe made it less able to survive human pressures.