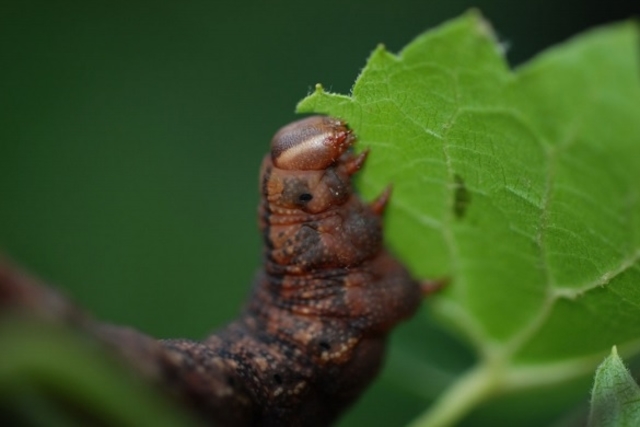 When they’re threatened by a predator, the larvae of Nessus sphinx hawkmoth caterpillars (Amphion floridensis) produce a high-pitched “whistle” by forcing air out of their mouths. Researchers reported the finding on Monday (February 26) in the Journal of Experimental Biology.

“This is really remarkable, considering that caterpillars are not considered to be ‘acoustic’ insects,” study coauthor Jayne Yack, a neuroethologist at Carleton University, says in a press release. “We have discovered four completely different ways that they make sounds.”

See “The Caterpillar that Cries Wolf”

By analyzing sound waves, the researchers deduced that the caterpillar produced the vocalizations by forcing air through a tight space between its crop, a part of the throat where it packs food to eat later, and its esophagus, similar to blowing air across...