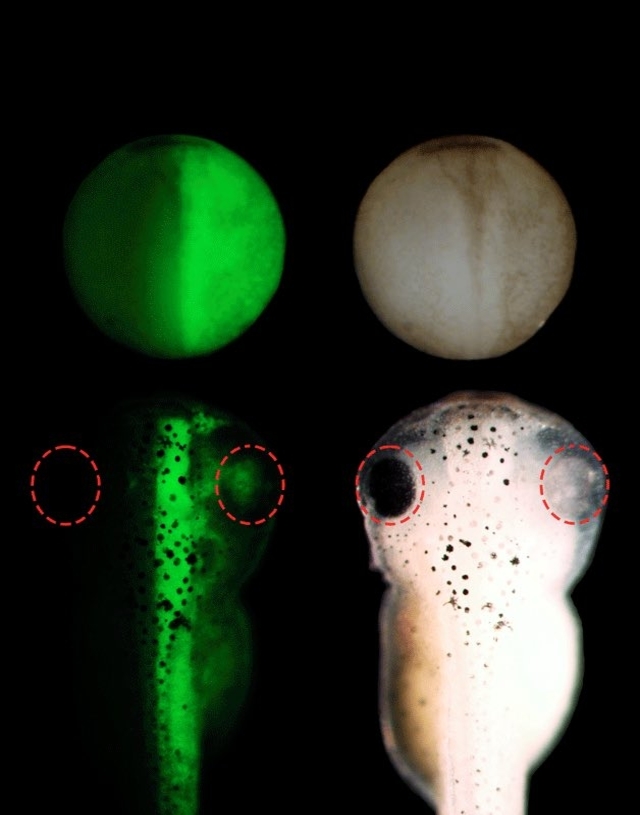 A single frog can come with only half its colors. At a workshop on the African clawed frog (Xenopus laevis) and CRISPR applications at the MD Anderson Cancer Center UTHealth Graduate School of Biomedical Sciences, researchers used single-guide RNAs (sgRNAs) to alter pigment genes in the embryos of the amphibian. The scientists injected slc45a2-sgRNA, Cas9 protein and Alexa 488:dextran tracer into one cell of a two-cell embryo. The treatment resulted in half of the embryo lacking pigment. The researchers describe the procedure they used in a study published in February in Genetics.

B. Delay et al., “Tissue-specific gene inactivation in Xenopus laevis: knockout of Ihx1 in the kidney with CRISPR/Cas9,”...