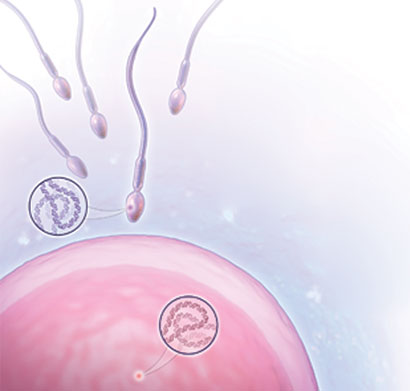 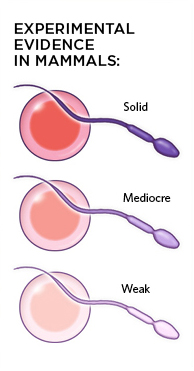 While the haploid DNA of the sperm and egg contain the blueprint for offspring, numerous molecular processes beyond genomic inheritance may transmit information from one generation to the next. Such epigenetic mechanisms can convey information about the parents’ diet, stressful experiences, and environmental exposures, influencing
offspring phenotype in diverse ways. 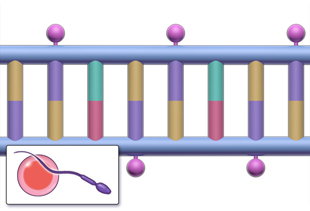 CYTOSINE METHYLATION: Often referred to as the “fifth base,” 5-methylcytosine is a relatively common, modified nucleotide that occurs in a wide array of organisms. While the majority of cytosine methylation on the maternal and paternal genomes is erased upon fertilization, a special subset of cytosine methylation somehow escapes erasure and plays key roles in regulating expression of particular genes.© SCOTT LEIGHTON 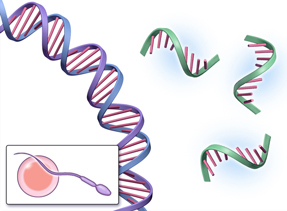 SMALL RNAS: Since the discovery of 21-nucleotide-long microRNAs in 1993, a veritable zoo of small RNA... 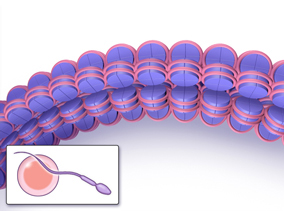 CHROMATIN: The packaging of eukaryotic genomes into nucleosomes affects genome function in multiple ways. Early genetic screens in flies demonstrated that chromatin-regulating enzymes are required for cell state inheritance, and more recently chromatin mutants have been shown to induce lasting epigenetic changes through the germ line of organisms from worms to mice.© SCOTT LEIGHTON 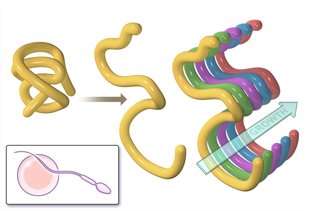 PRIONS: Although most people are aware of prions only in the context of neurological diseases such as scrapie and mad cow disease, it is now appreciated that many proteins can exist in two or more stable forms. This is most well-studied in the budding yeast, where research has revealed a plethora of proteins that can aggregate into relatively insoluble fibers, with the aggregated form behaving as a dominant non- Mendelian phenotype. Although there is no convincing evidence for this form of inheritance in mammals, it’s possible that prions carried by the egg, or even sperm, may influence the phenotype of the offspring.© SCOTT LEIGHTON