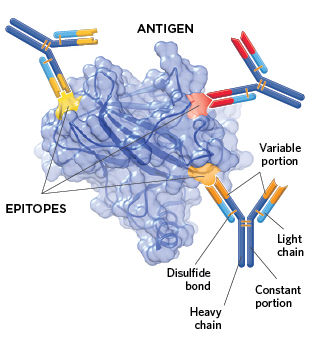 © STEVE GRAEPELAntibodies are large proteins, weighing in at about 150 kDa. Four polypeptides—two heavy chains and two light chains—are linked by disulfide bonds to form a Y-shape molecule. The amino acid sequences at tips of the short ends of the Y vary greatly between antibodies produced by different B cells, while the rest of the molecule is relatively consistent. The variable portion of the antibody binds in a specific region (epitope) on a foreign protein (antigen) and signals the immune system to the presence of an invader.

Alternatively, the immunized animals’ B cells can be isolated from the spleen or lymph
nodes and fused with a tumor cell to generate immortal hybridoma lines. Those cell lines
that produce the desired antibody against a specific epitope of the target protein can
then be grown in large bioreactors to scale up production of the antibody. 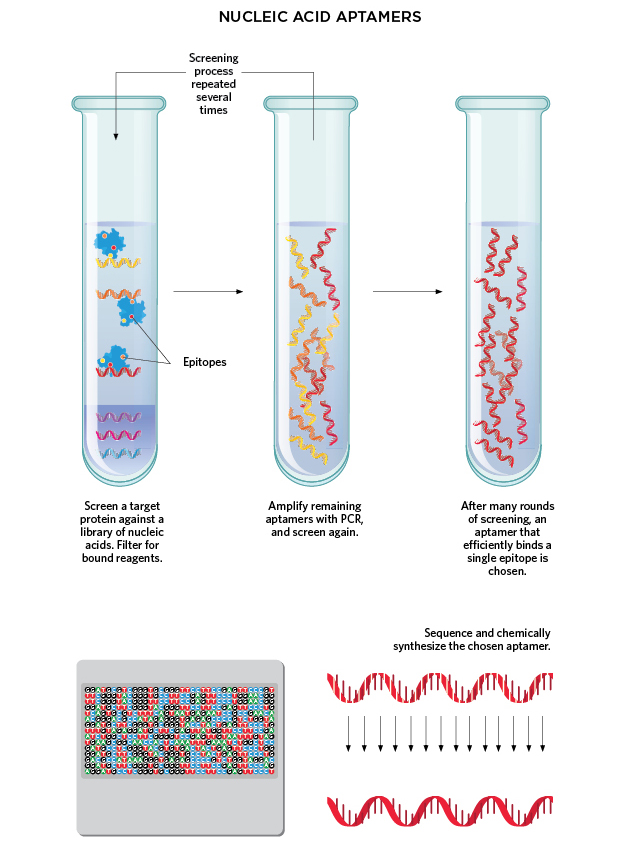 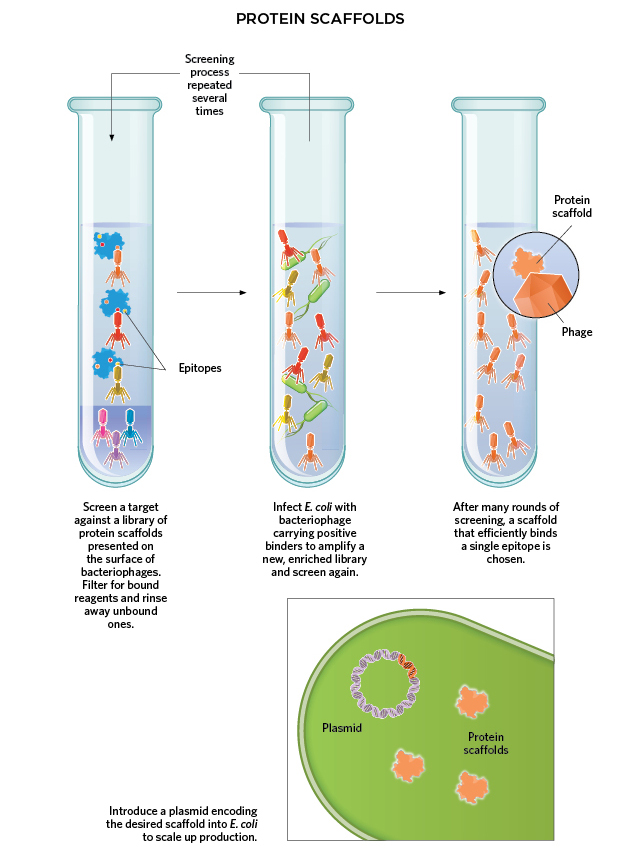