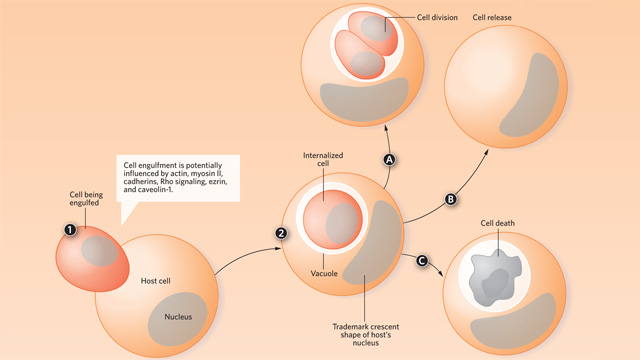 The mechanism by which tumor cells end up harboring other living cells remains elusive, and the sparse evidence acquired thus far has led researchers to propose different hypotheses. Depending on the character of both the host cell and internalized cells, which cell initiates the process—and the molecular players involved—may vary. Once one cell is inside the other, however, the structures formed are nearly indistinguishable, and the internalized cells seem to undergo one of three different fates.