iCHIP: A multiwell diffusion chamber separates individual bacterial cells in the wells of a 384-well plate. A breathable membrane surrounding the plate allows interaction with the natural environment, such as soil or ocean water, and sensing of the multitudes of molecular factors produced by neighboring bacteria. 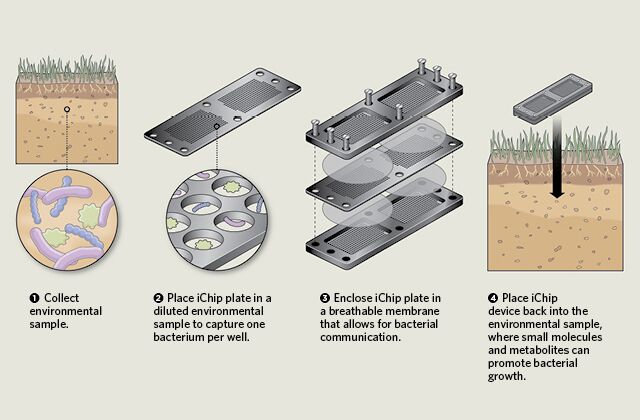 © AL GRANBERGMICRODROPLET-MICROCOLONY FORMATION: A device traps individual bacteria inside tiny, permeable gel droplets, which allow interactions among bacteria while keeping them separate. The droplets are bathed in a nutrient-rich media until a microcolony of 40–200 cells forms inside, then sorted and plated for further analysis. 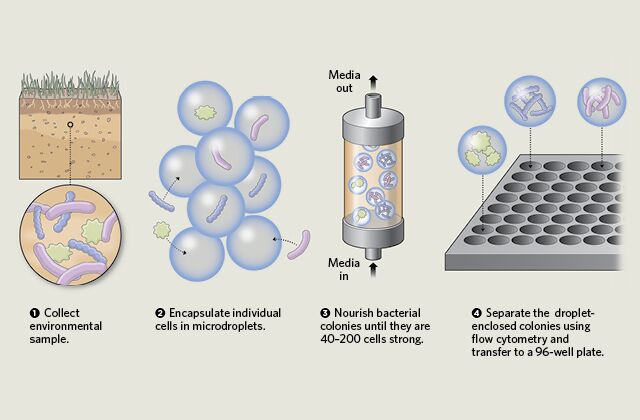