DNA AS BRICKS AND MORTAR

The straightforward and consistent pairing of DNA’s nucleotide bases make the molecule a reliable building material. Depending on the sequence, DNA strands can crossover to adjacent helices, creating a branch point. Researchers can develop such connecting pieces, called branched DNA junctions, with 4, 5, 6, 8, or 12 arms, projecting from a central hub at various angles in three-dimensional space. 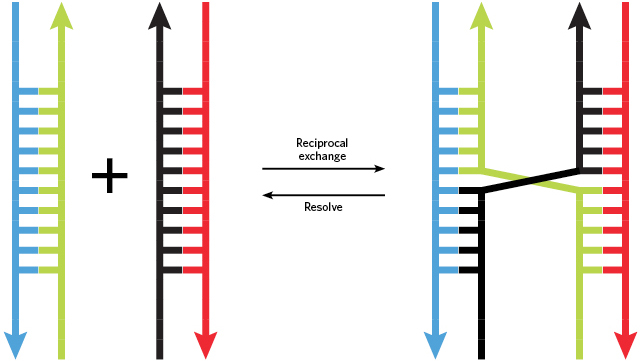 STRUCTURAL GLUE
The ends of the molecules can be designed to contain single-stranded “sticky ends” that enable researchers to encode the predictable selfassembly of larger nanostructures.

By folding a long, single-stranded DNA scaffold using short, single-stranded “staples,” researchers can build any shape they like. For example, researchers recently designed a three-dimensional bunny, using computer algorithms to determine the folding pathways and DNA sequences that... 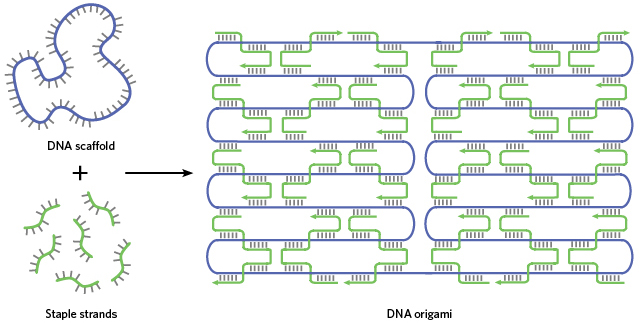 Researchers can also design small DNA motifs that self-assemble into lattices. Shown below is a “tensegrity triangle” motif with three double helical edges (represented as cylinders) that contain complementary sticky ends along one, two, or all three of its edges, leading to assembly of one-, two-, or three-dimensional arrays. 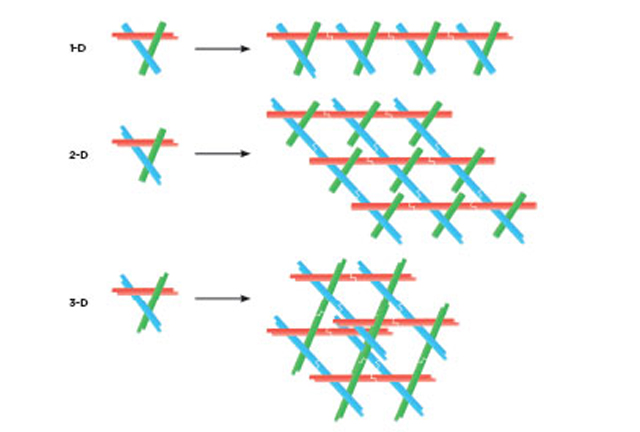