Most plant viruses are transmitted by insect vectors that cause damage to the plant and create an entry point for pathogens, or that tap into the phloem to feed. Once inside, viruses use the handful of genes in their tiny genomes to orchestrate the plant cells’ machinery, while evading the plant’s defenses. Below is a generalized depiction of this infection process for RNA viruses, the most common type of plant virus. 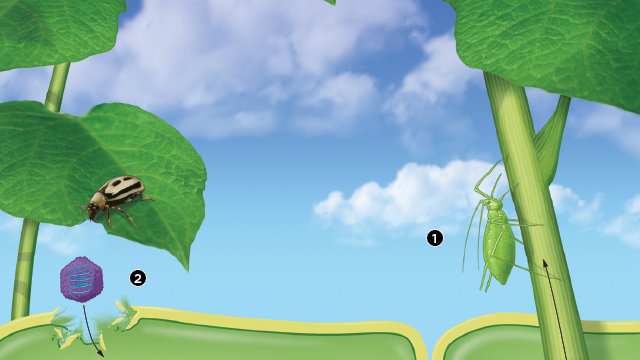 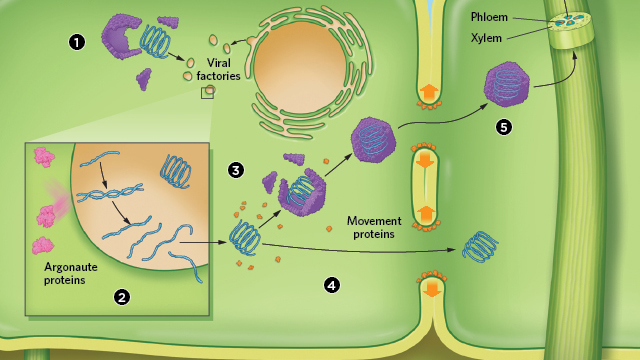