Neuromorphic hardware takes a page from the architecture of animal nervous systems, relaying signals via spiking that is akin to the action potentials of biological neurons. This feature allows the hardware to consume far less power and run brain simulations orders of magnitude faster than conventional chips. 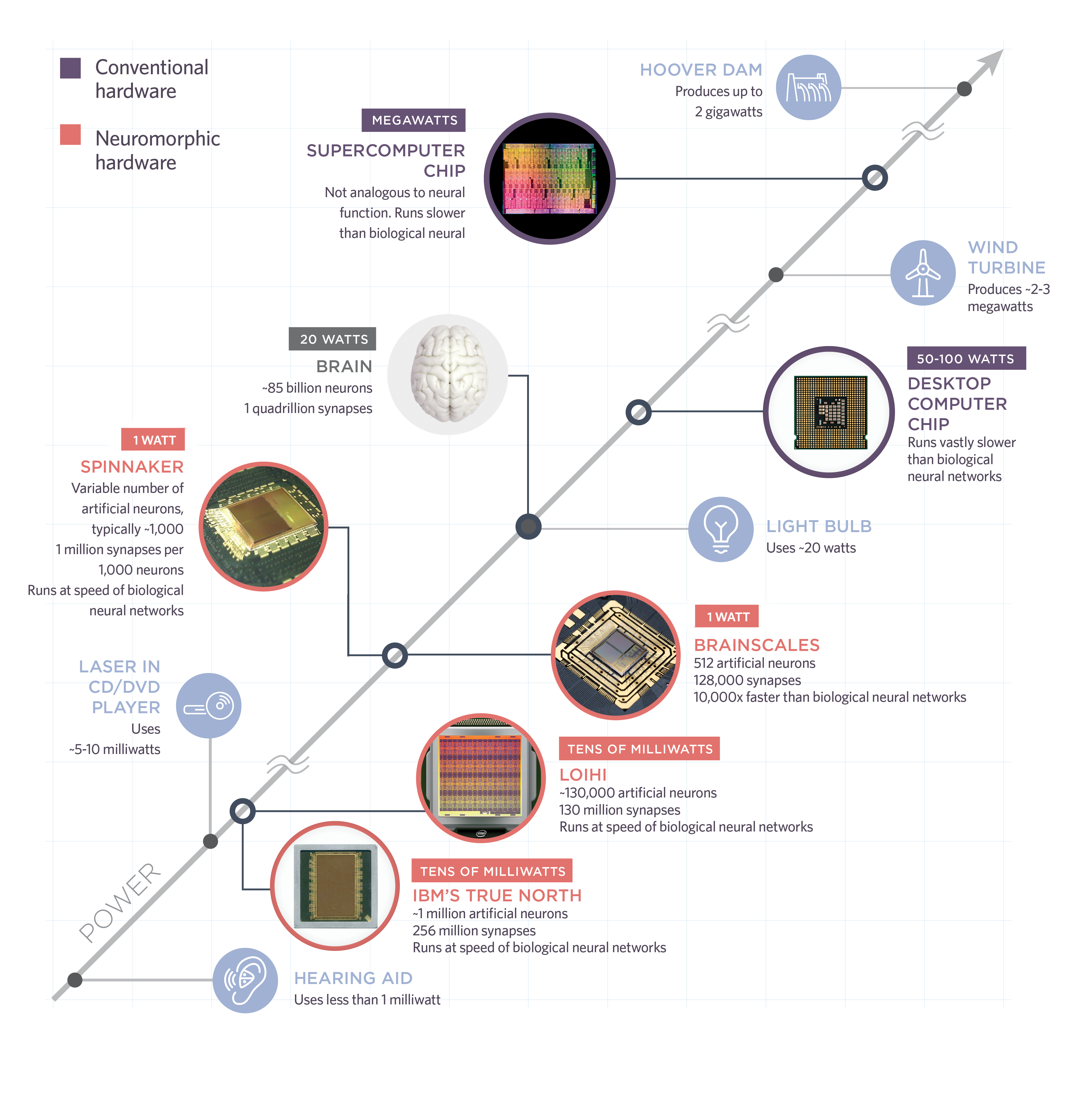 Building a functional model of the brain

Neuromorphic technology is powering ever bigger and more-complex brain models, which had begun to reach their limits with modern super­computing. Spaun is one example. The 2.5 million–neuron model recapitulates the structure and functions of several features of the human brain to perform a variety of cognitive tasks.... 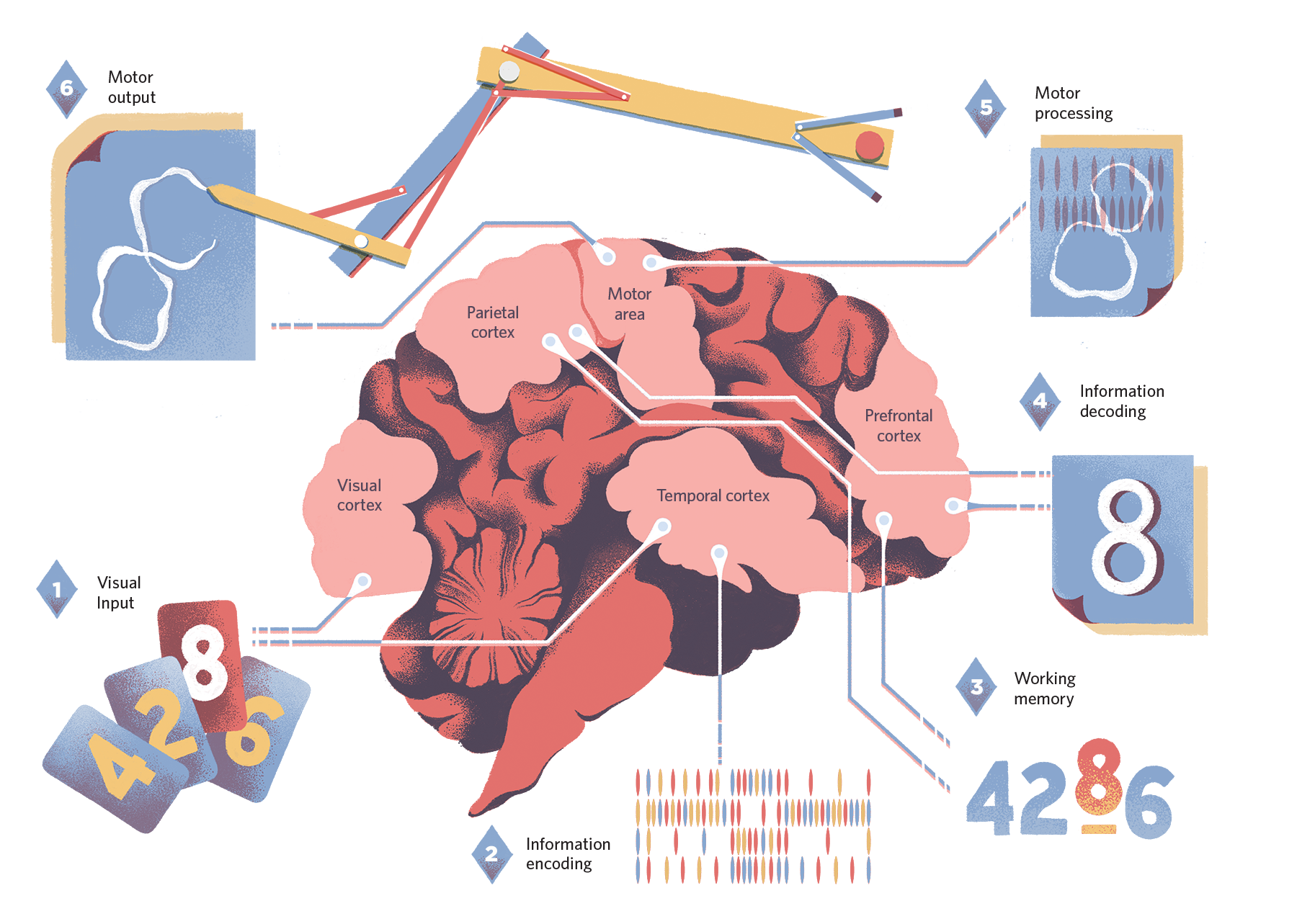 When shown a series of numbers (1), Spaun’s visual system compresses and encodes the image of each number as a pattern of signals akin to the firing pattern of biological neurons. Information about the content of each image—the concept of the number—is then encoded as another spiking pattern (2), before it is compressed and stored in working memory along with information about the number’s position in the sequence (3). This process mimics the analysis and encoding of visual input in the visual and temporal cortices and storage in the parietal and prefrontal cortices.

When asked to recall the sequence sometime later, the model’s information decoding area decompresses each number, in turn, from the stored list (4), and the motor processing system maps the resulting concept to a motor command firing pattern (5). Finally, the motor system translates the motor command for a computer simulation of a physical arm to draw each number (6). This is akin to human recall, where the parietal cortex draws memories from storage areas of the brain such as the prefrontal cortex and translates them into behavior in the motor area.