Apoptosis is triggered many different ways, but they all ultimately activate enzymes known as caspases that disrupt a cell’s DNA, organelles, and cytoskeleton. Caspases also recruit other cells to eat the dying cell’s remains. Even after commencing this suicidal process, cells can recover through a recently discovered process dubbed anastasis. But if anastasis happens late in apoptosis, the surviving cells may carry major chromosomal scars and other genetic defects that can lead to malignancy. 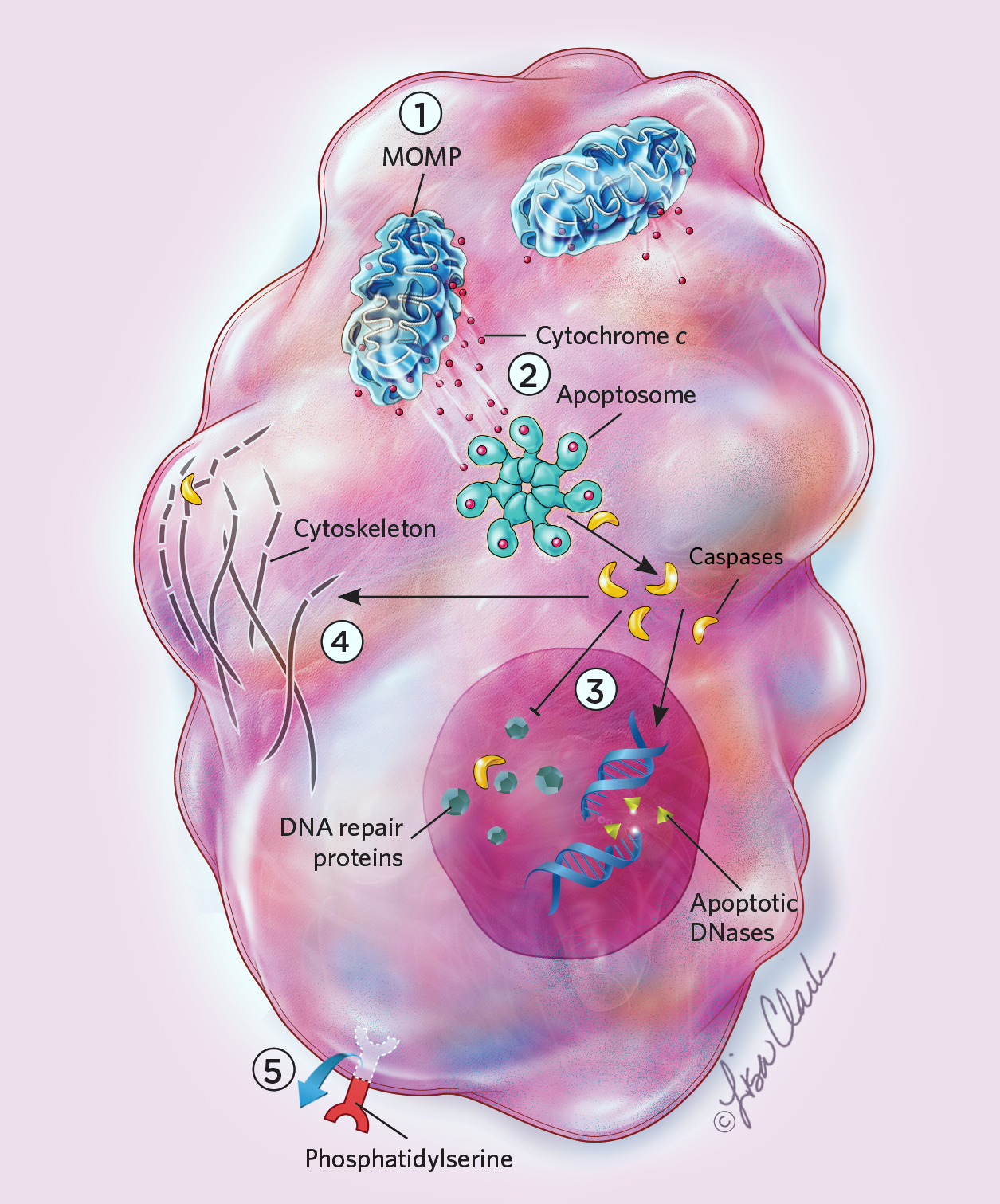 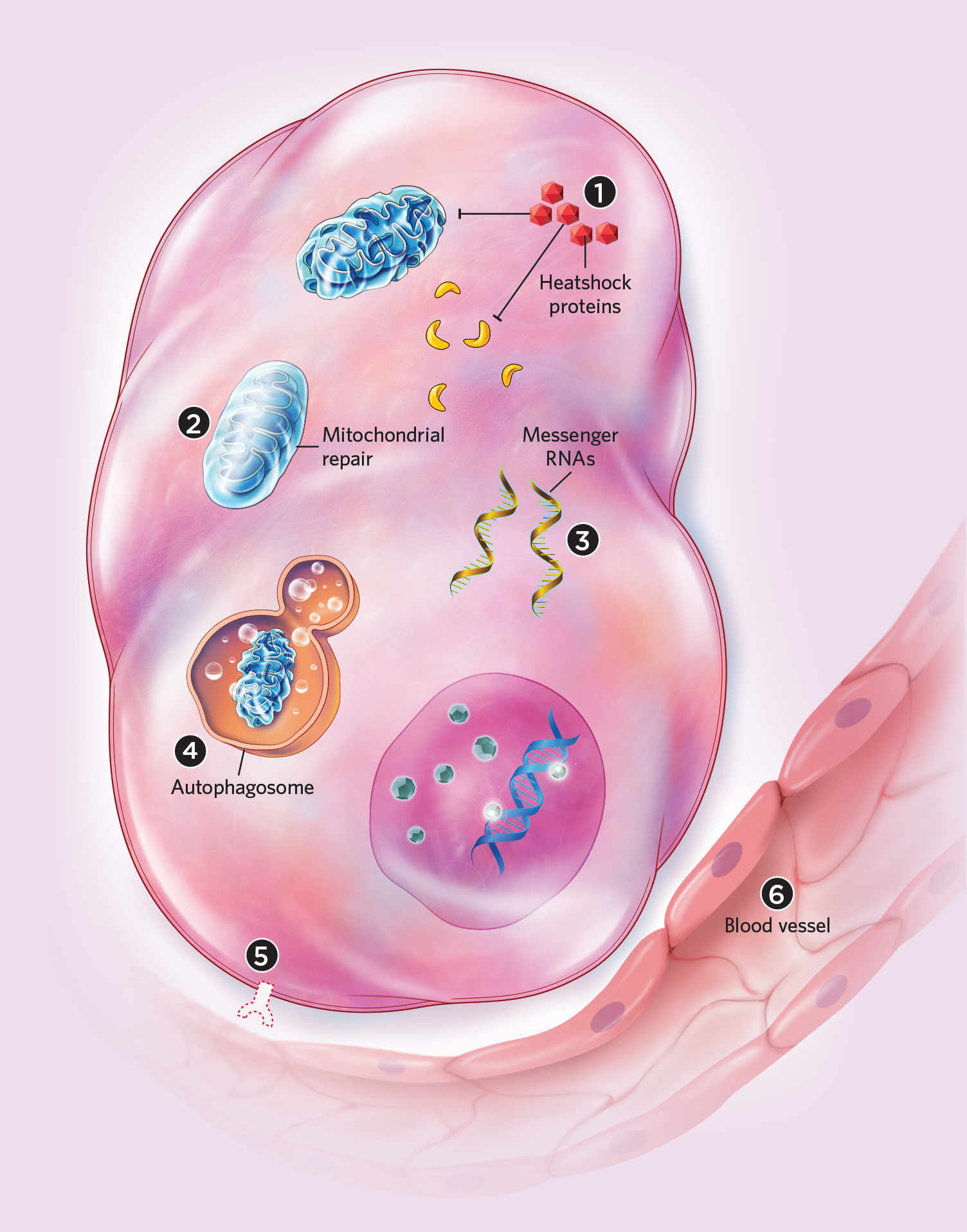 Other Forms of Cell Death Reversal

In addition to apoptosis, scientists have proposed more than 20 other regulated forms of cell death. Increasingly, researchers find some of these other kinds of cell death are also reversible.

In entosis, one cell engulfs another living cell, which is then killed and digested by lysosomes. Sometimes engulfed cells survive, even proliferating within their cellular captor or escaping altogether. 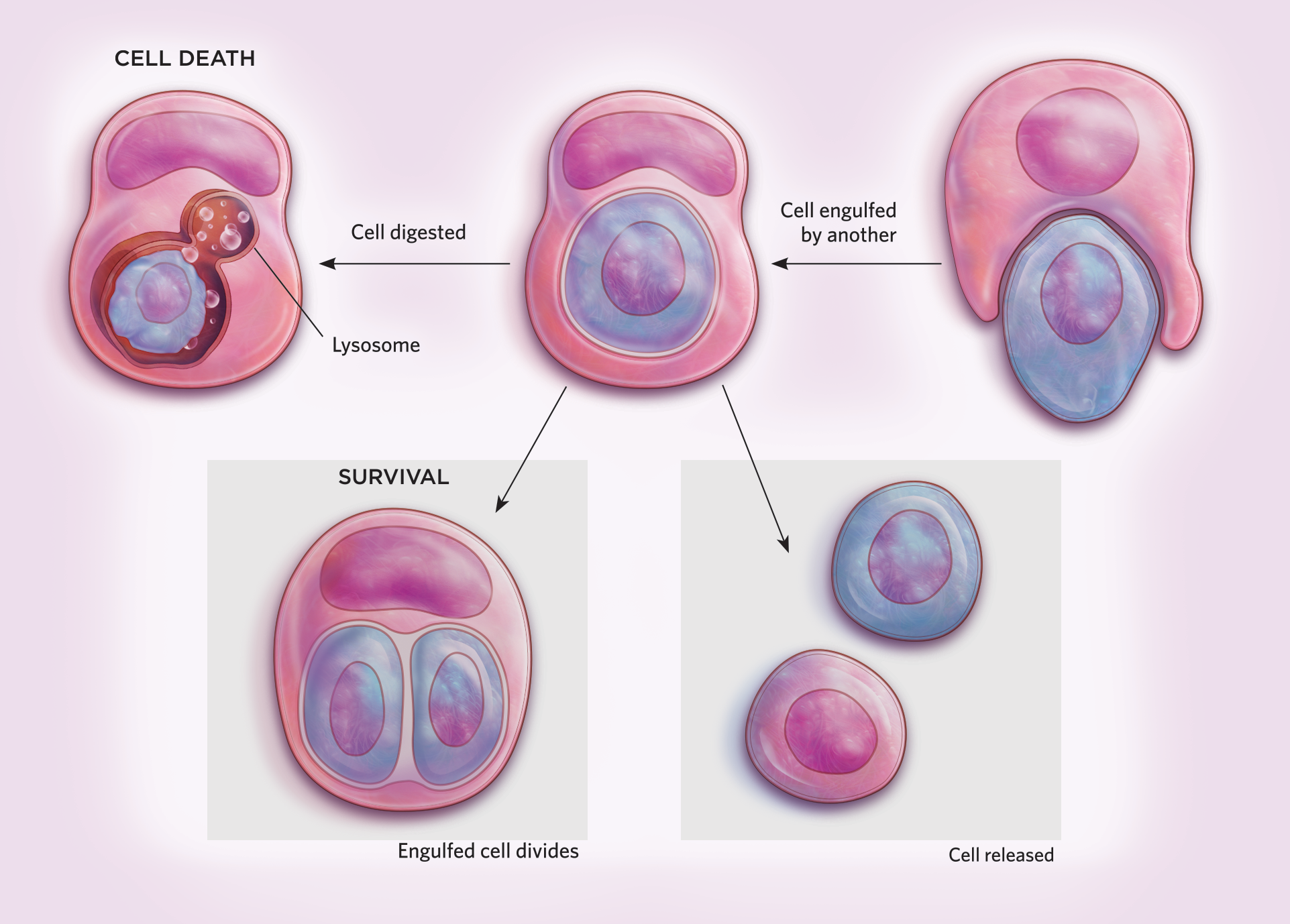 Necroptosis is a programmed version of necrosis, a form of cell death linked with uncontrolled reactions to injuries or stress. The process involves the protein MLKL poking holes in the plasma membrane, which causes the cells to rupture. However, the cell can blunt this process through the ESCRT-III protein complex, which isolates these holes onto bubbles in the plasma membrane. Shedding these bubbles then repairs the cells, a process scientists dubbed “resuscitation.”

Ferroptosis is a regulated form of cell death that is dependent on iron. Cells initiate this pathway when normal uptake and metabolism of the amino acid cysteine (cystine is the oxidized dimer form of cysteine) is disturbed. Once triggered, ferroptosis will result in cell death in a few hours. However, researchers can administer lipophilic antioxidants or iron chelators to completely protect cells from succumbing to this form of cell death. 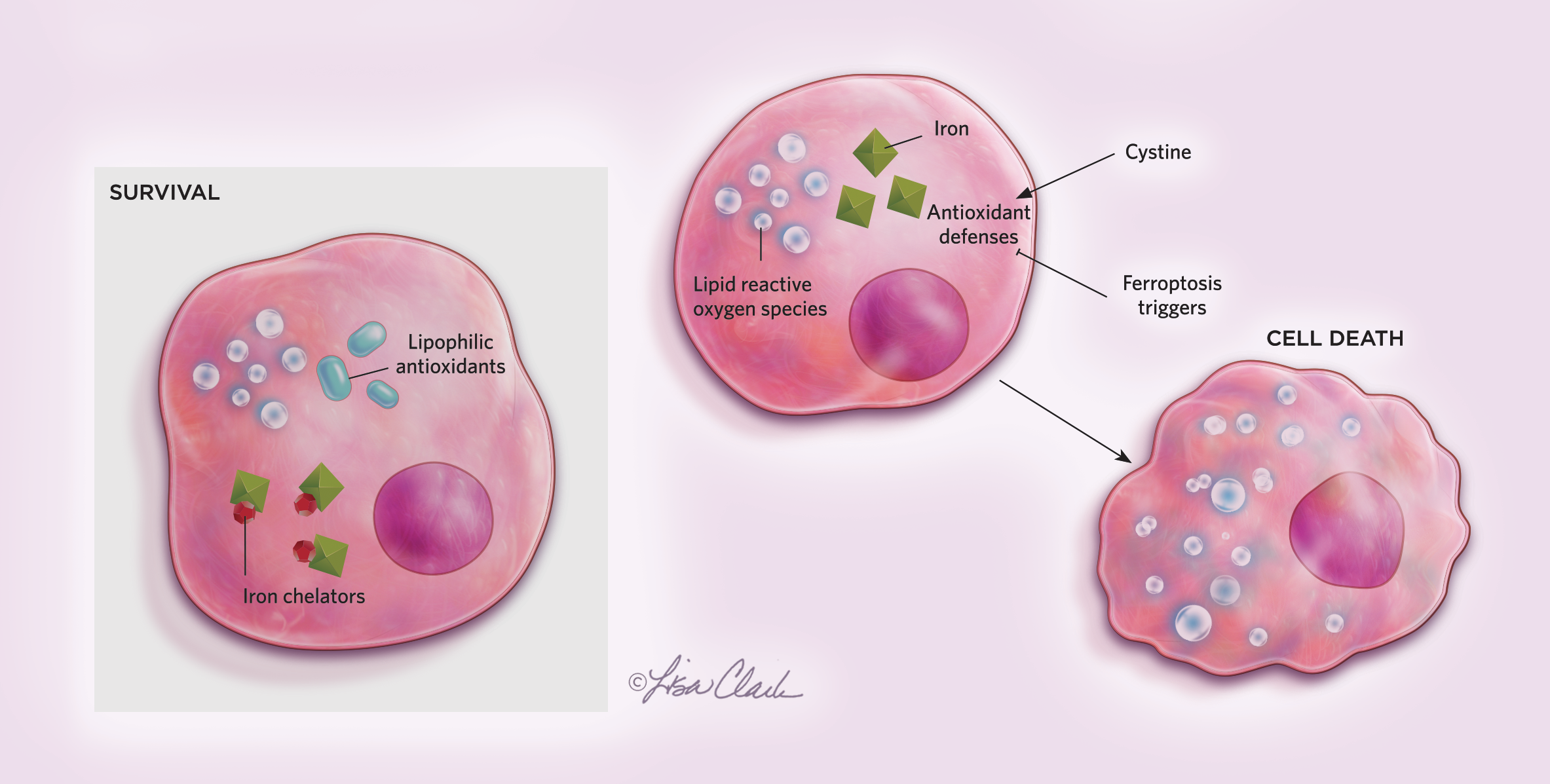