ABOVE: MODIFIED FROM
© MOLLY THOMPSON

Gut bacteria harbor enzymes and pump out other molecules that can influence how medications are activated or broken down. One example is the Parkinson’s drug levodopa (L-dopa), for which studies have suggested these interactions help explain differences in efficacy among individuals. 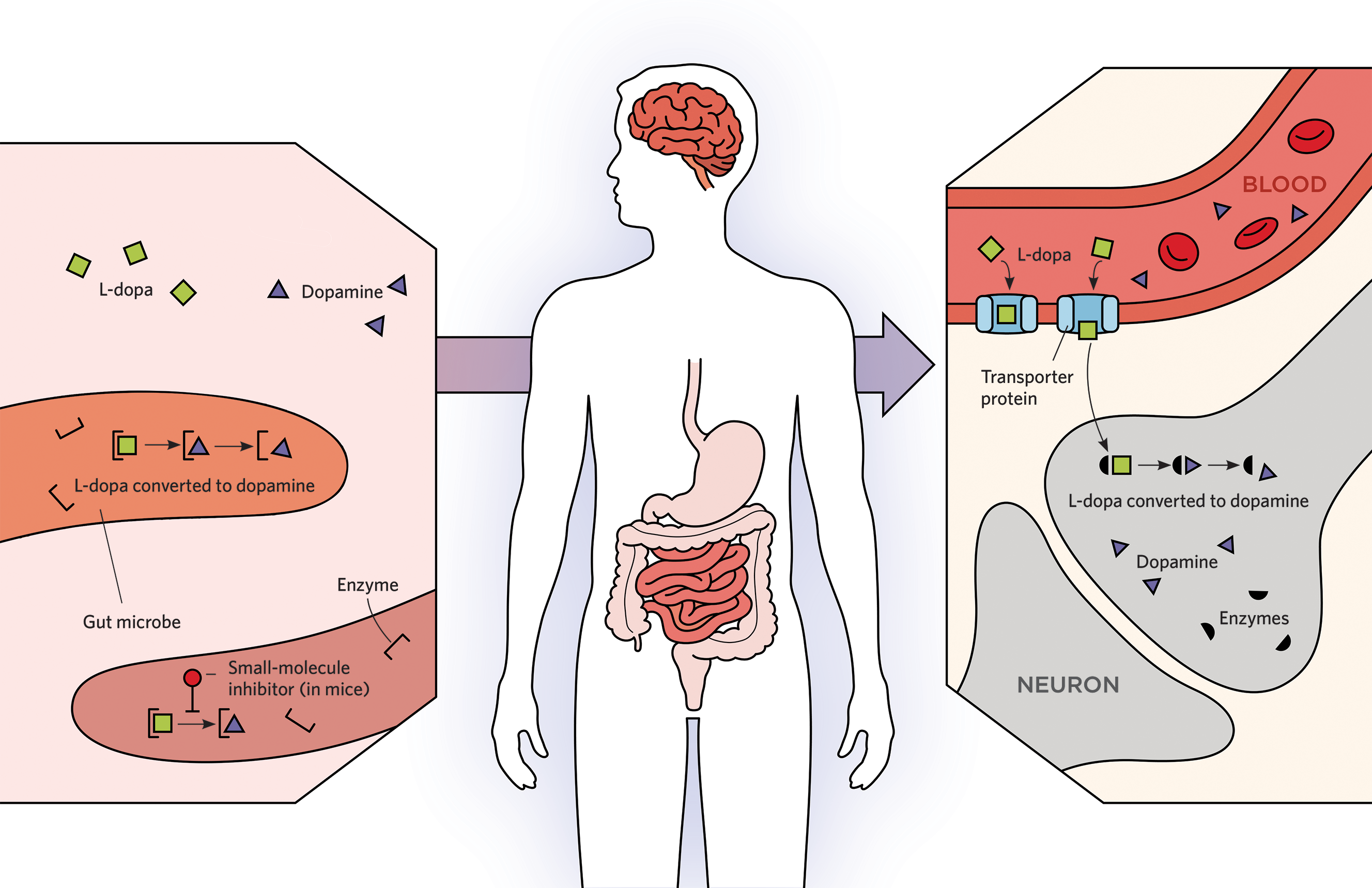 In addition to releasing products that directly act on drugs in the body, resident microbes can affect drugs’ action through the immune system, which is particularly relevant for patients’ responses to immunotherapy. While little is known about the mechanisms by which certain bacterial species seem to boost a patient’s chance of success with these immune-modulating treatments, hints of a causal role have emerged from studies that compared responses in tumor-ridden mice with normal microbiomes to those in rodents whose gut microbes had been depleted by antibiotics. 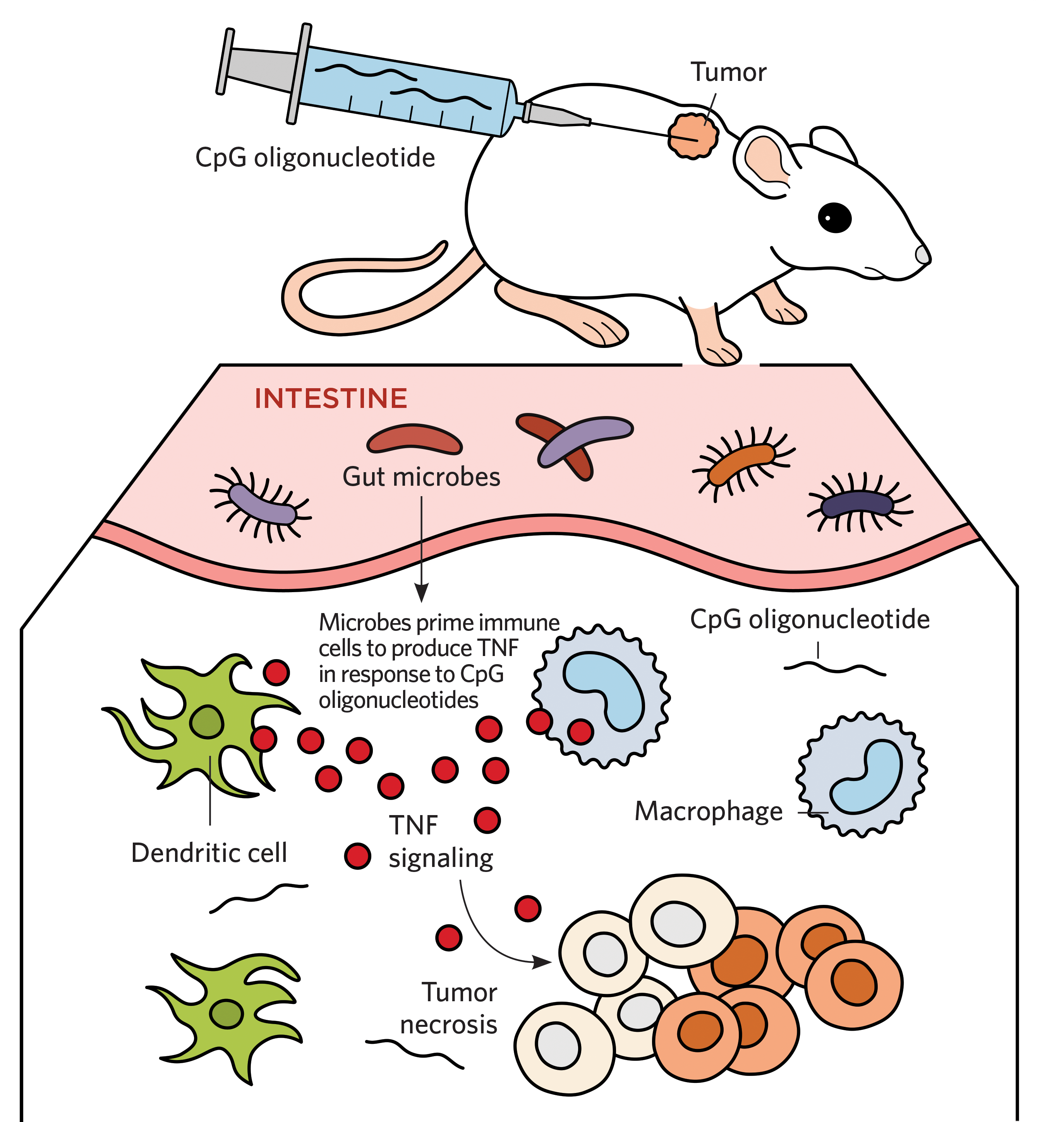 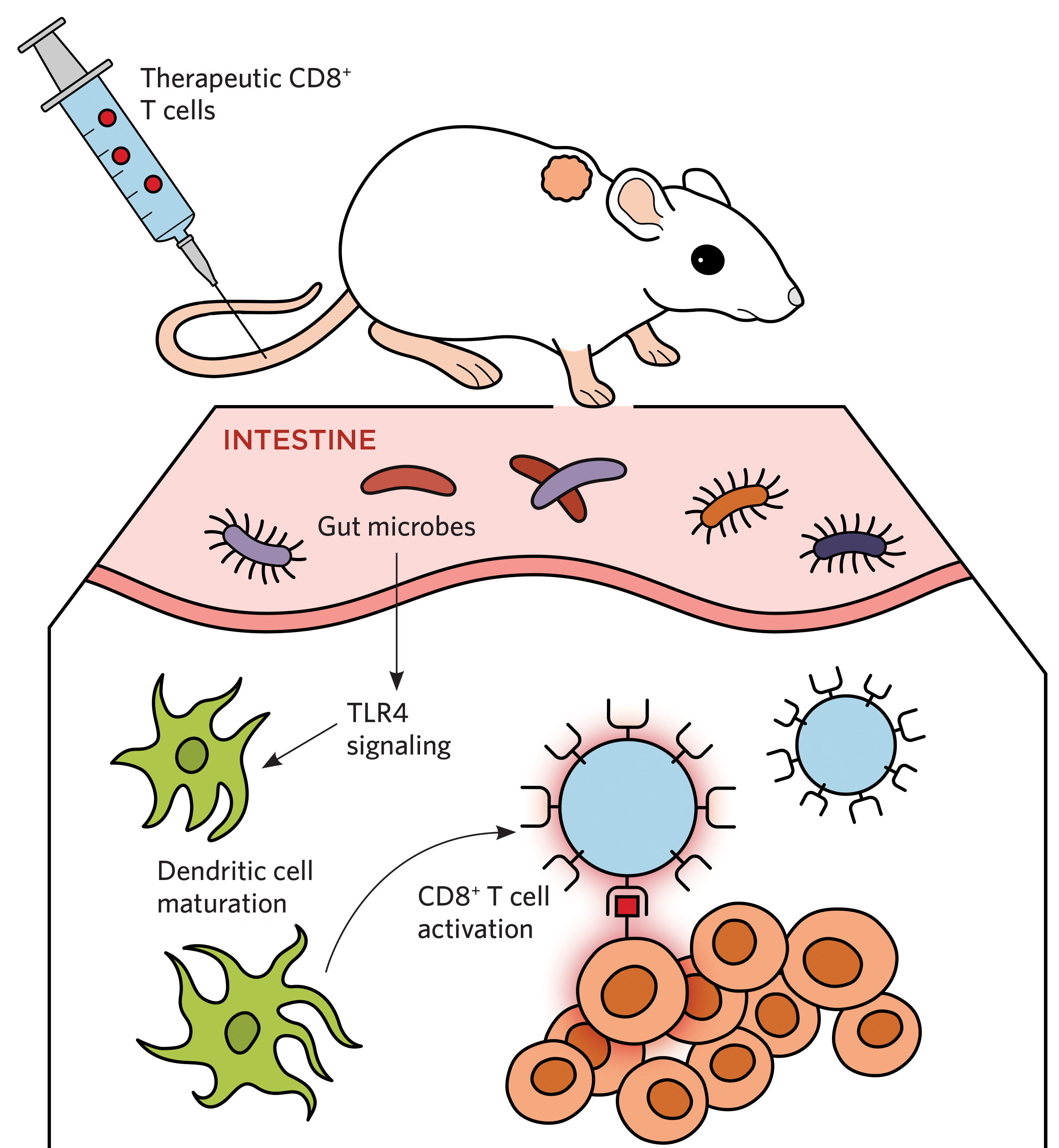