In 2015, the St. Louis Department of Health partnered with Health Map to leverage social media to help improve the reporting of foodborne illnesses. A customized algorithm notifies the STLDOH if an individual in the city or surrounding area posts a tweet containing specific words or phrases that suggest he or she has food poisoning. Then, an STLDOH employee responds to the tweet from the department’s Twitter account asking for more details that can help them pinpoint the source of the person’s illness.

During the first seven months, health department officials responded to 193 tweets, which resulted in 13 official reports of food poisoning: five in St. Louis and eight from nearby towns. The STLDOH received 31 other reports of foodborne illnesses during that same time frame. The team responds to upwards of 300 tweets each year, leading to up to 20 cases of illness reported through the website by individuals who first tweeted about their experiences. 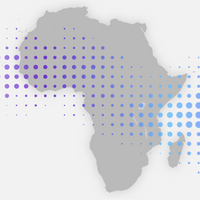