Large-scale, longitudinal studies of humans whose mothers smoked marijuana once or more per week and experimental work on rodents exposed to cannabinoids in utero have yielded remarkably consistent intellectual and behavioral correlates of fetal exposure to this drug. Some exposed individuals exhibit deficits in memory, cognition, and measures of sociability. These aberrations appear during infancy and persist through adulthood and are tied to changes in the expression of multiple gene families, as well as more global measures of brain responsiveness and plasticity. Researchers currently consider these perturbations to be mediated by changes to the endocannabinoid system caused by the active compounds in cannabis. 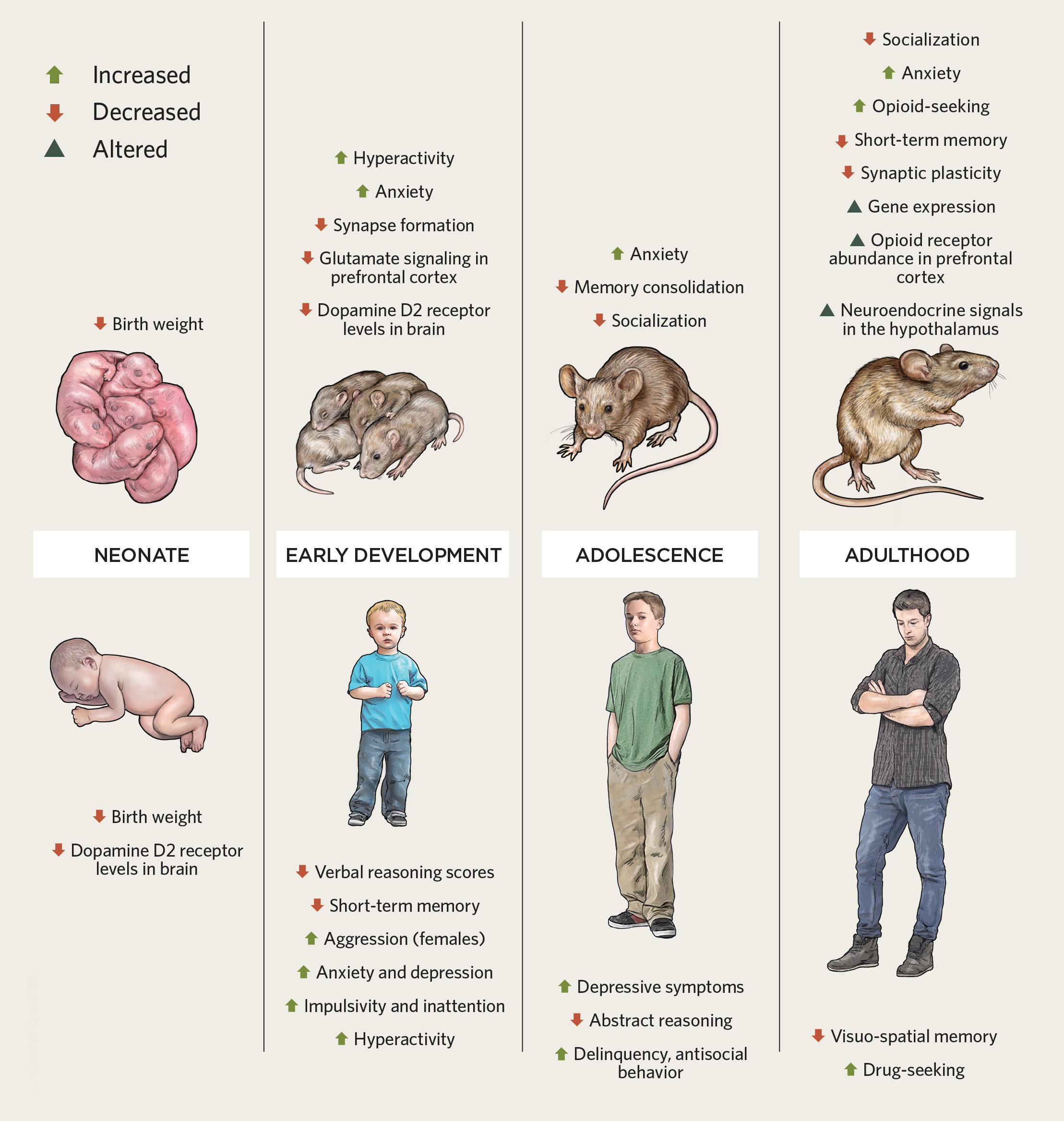 How cannabis affects the function of neurons

The human body contains two primary cannabinoid receptors: CB1R and CB2R. CB1R is present in the human fetal cerebrum by the first weeks of the second trimester, and is the brain’s most abundant G-protein coupled receptor. Located at the presynaptic terminal of neurons, CB1R is activated by endocannabinoids, which are synthesized from fatty acids in the postsynaptic neuron. The receptors’ activation modulates the presynaptic release of neurotransmitters, thereby affecting synaptic function and a range of downstream signaling agents, from glutamate, dopamine, and serotonin to neuropeptides and hormones. The function of CB2Rs in the brain is still poorly understood, but there is some evidence that they exist both pre- and post-synaptically, as well as on glia and astrocytes. One recent paper suggests that, like CB1Rs, CB2Rs regulate neurotransmitter release (Synapse, 72:e22061, 2018).

When people smoke or ingest marijuana, exogenous cannabinoids enter the nervous system and activate these receptors. Stimulation by these high-affinity agonists results in stronger binding and greater activation of CB1R, triggering the process of receptor downregulation. Specifically, the greater binding causes the receptors to be internalized and degraded, such that they are no longer as available for cannabinoid signaling, and can thereby alter neuronal firing and other downstream events. 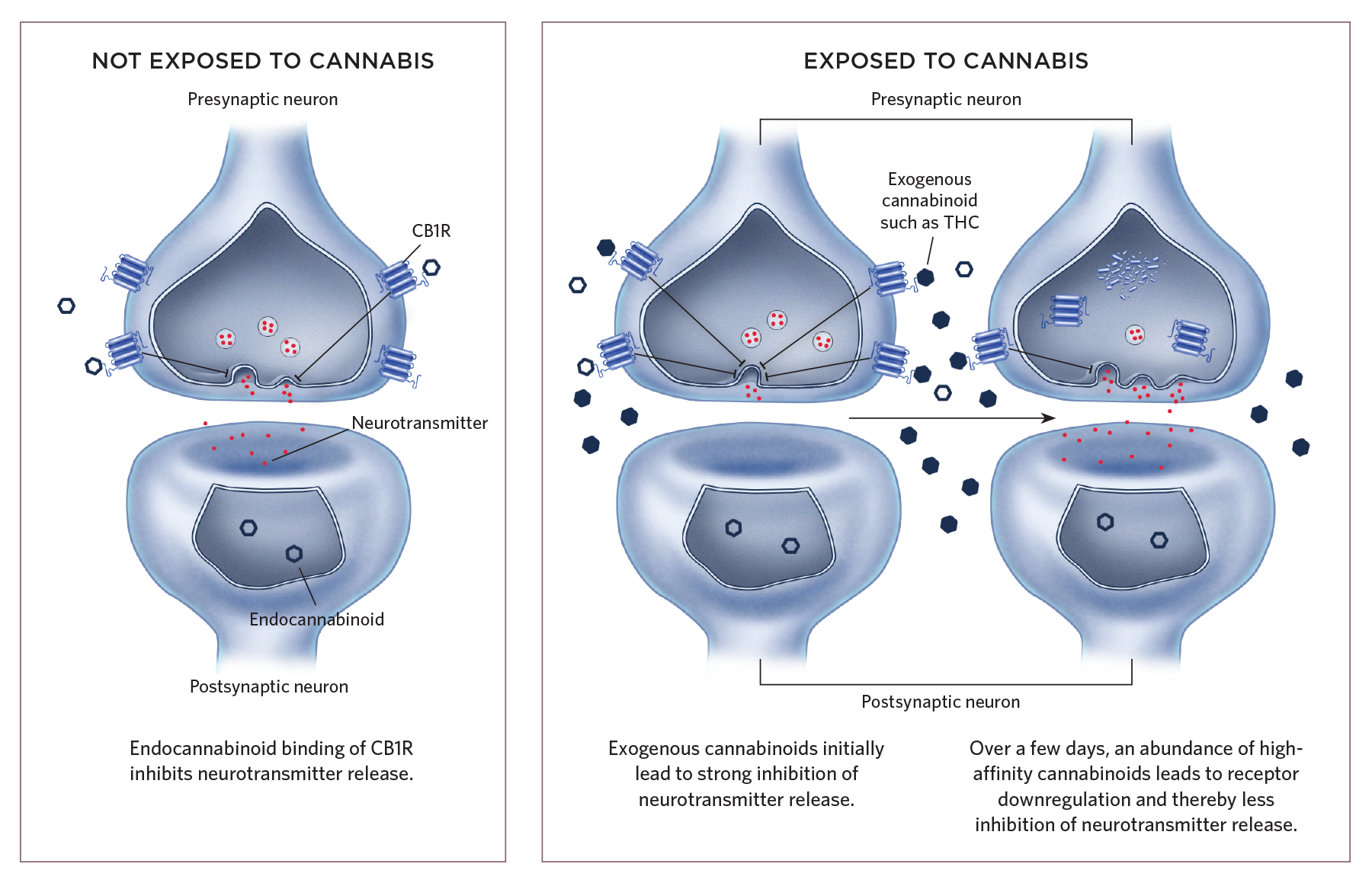