The GABAA receptor is a channel that allows chloride ions to flow into the neuron, decreasing the voltage within the cell relative to the extracellular space. Such hyper­polarization decreases the probability that the neuron will fire. Propofol and sevoflurane increase the chloride current going into the cell, making the inhibition more potent. 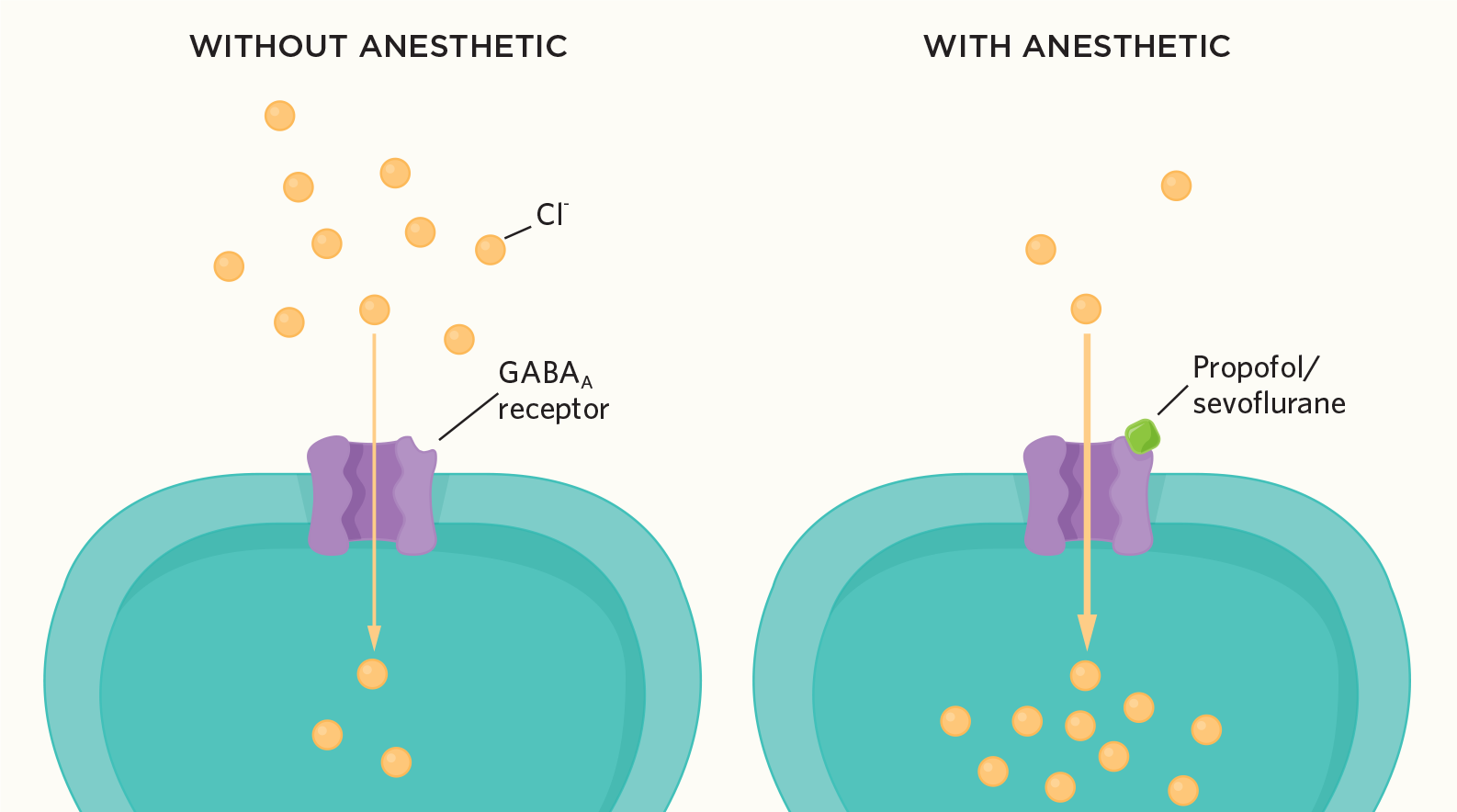 The NMDA receptor allows sodium and calcium ions to flow into the cell, while letting potassium ions out, increasing the voltage within the cell relative to the extra­cellular space and increasing the probability of neural firing. Ketamine blocks this receptor, decreasing... 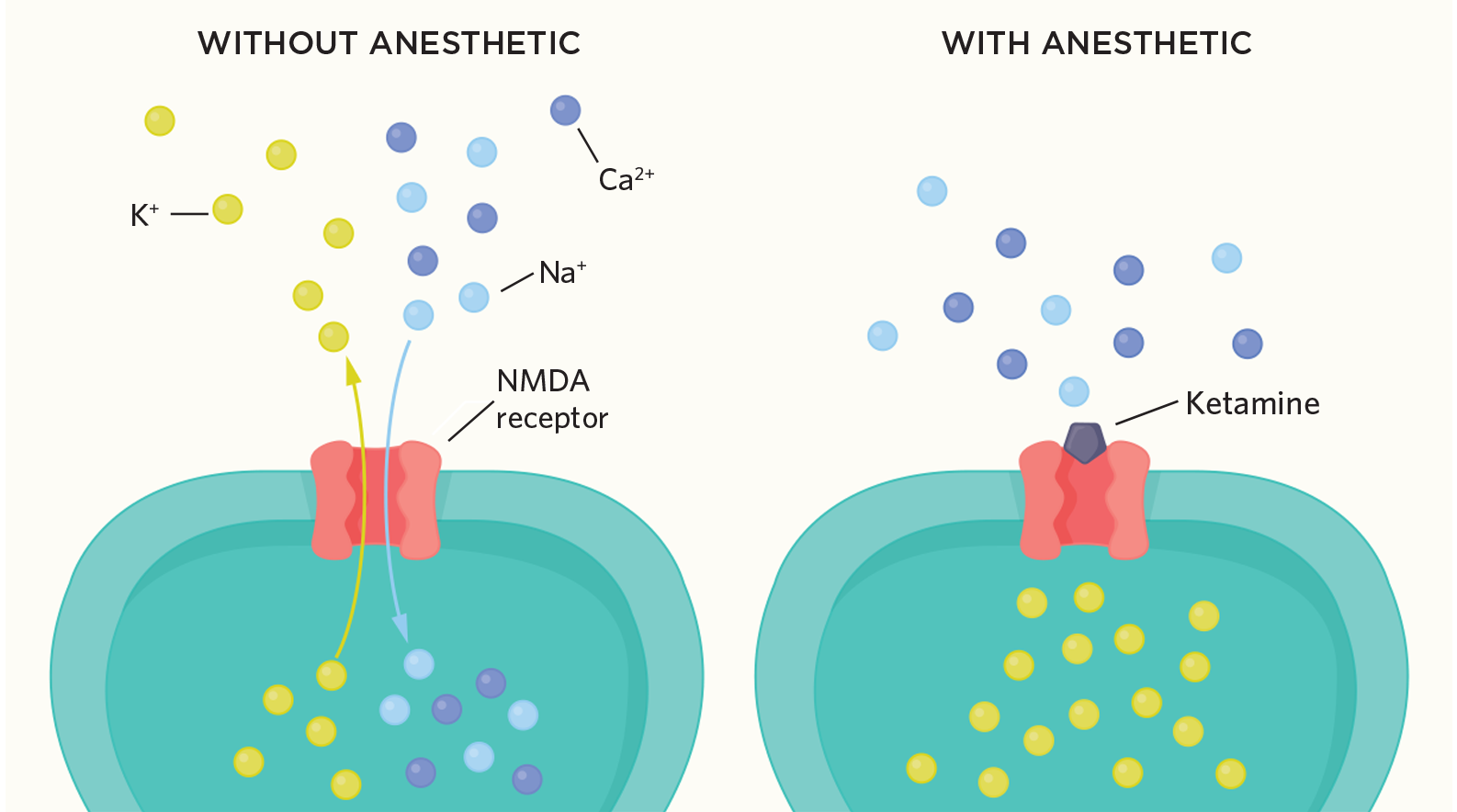 Oscillations in the anesthetized brain

Anesthetics’ interactions with neural receptors alter how neurons work, and as a consequence, how different brain regions communicate. These alterations manifest as highly structured oscillations in brain activity that are associated with the dramatic behavioral changes characteristic of general anesthesia.

© LUCY READING-IKKANDA
INTERPRETING THE EEG: The colored graphs, known as spectrograms, aid in visualizing the frequency and temporal dynamics of the oscillations by assigning hot colors to frequencies that are particularly prominent in the raw signal (black lines above spectrograms). Clinicians are beginning to use both types of readouts to monitor depth of anesthesia.