Tropical trees have adapted to the ravages of harsh storms. They are shorter than trees in hurricane-free zones, and many species are all roughly the same height, so no individual tree rises above the canopy to be exposed to high winds. Here are other tactics Caribbean species use to resist hurricanes: 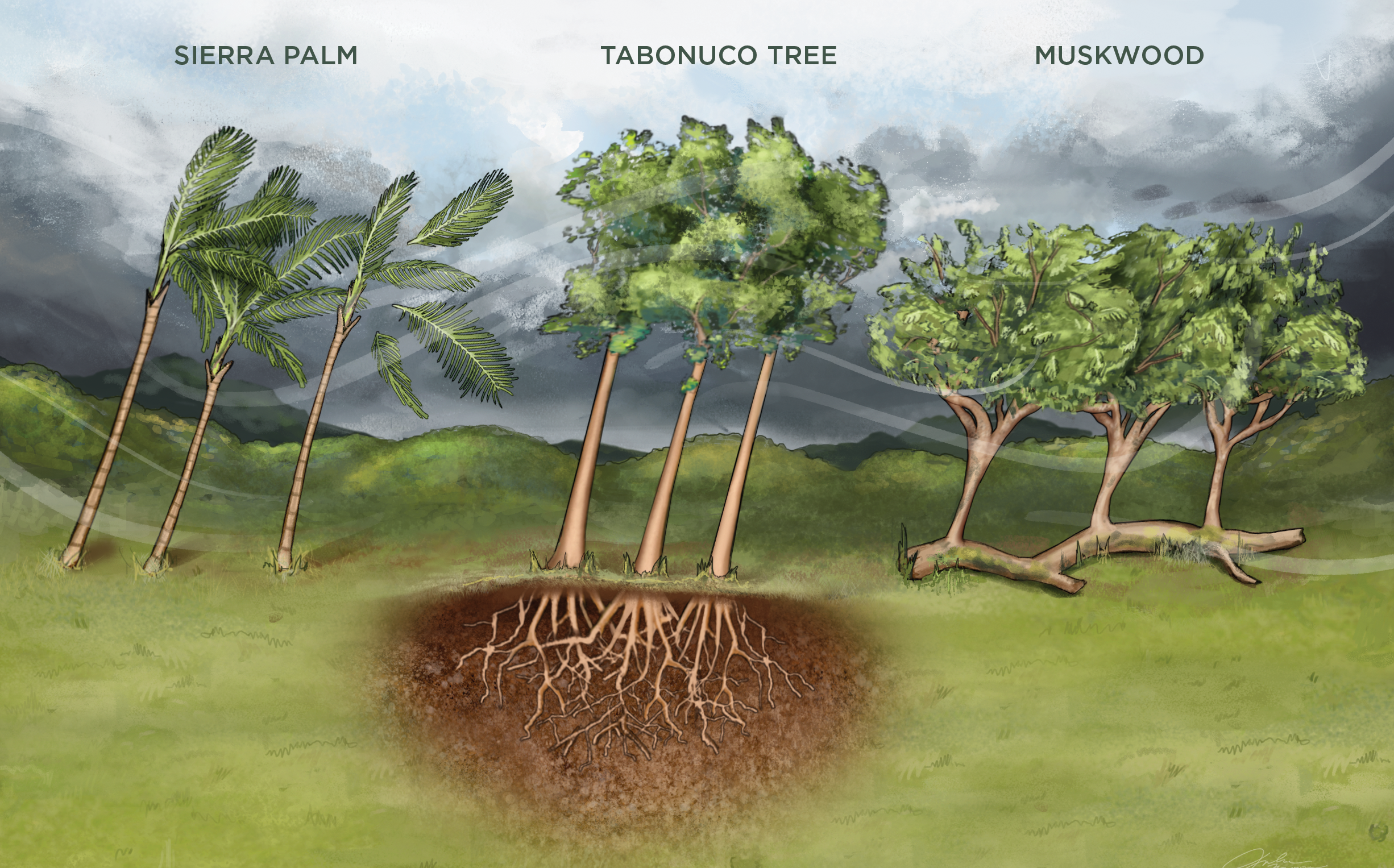 Palms and other tropical trees toss their leaves quickly in a storm. With nothing left but trunk and branches, the tree presents a smaller target to the wind.

In addition to dropping their leaves, tabonuco trees intertwine their roots to create a network to share nutrients and form a strong anchor on exposed ridges.

The mahogany-like guarea, or muskwood tree. tips right over in a storm, then quickly sprouts new growth along its fallen trunk. These sprouts grow into tree clones that at first rely on the original tree for nutrients and water, before sending their own roots into the soil.

How the Luquillo Forest Responded to Artificial Hurricanes

A hurricane dramatically changes the ecosystem, allowing certain plants and animals to flourish while sending others packing. But what is it about the storm or its aftermath that determines who survives or stays, and who dies or goes?

To find out, researchers in at the Luquillo Experimental Forest in Puerto Rico created their own hurricane, exposing some plots to both a wide-open canopy (by downing branches) and forest-floor debris, other plots to only one or the other treatment, and some to neither. Then they analyzed the post-hurricane forest to reveal a cascade of effects, with changes to microclimates affecting myriad organisms and biochemical processes. Overall, the opening of the canopy had the larger influence on the forest. 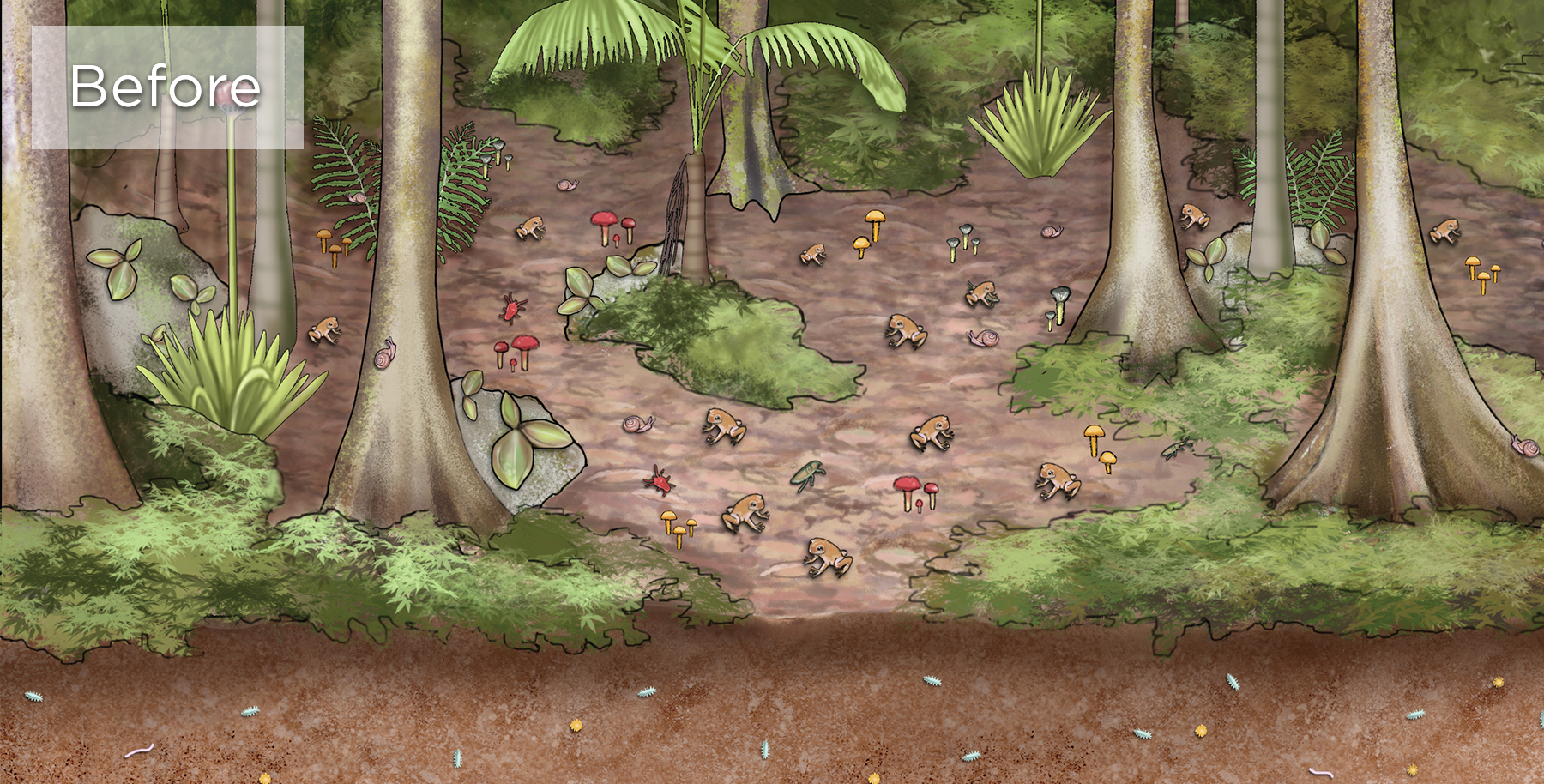 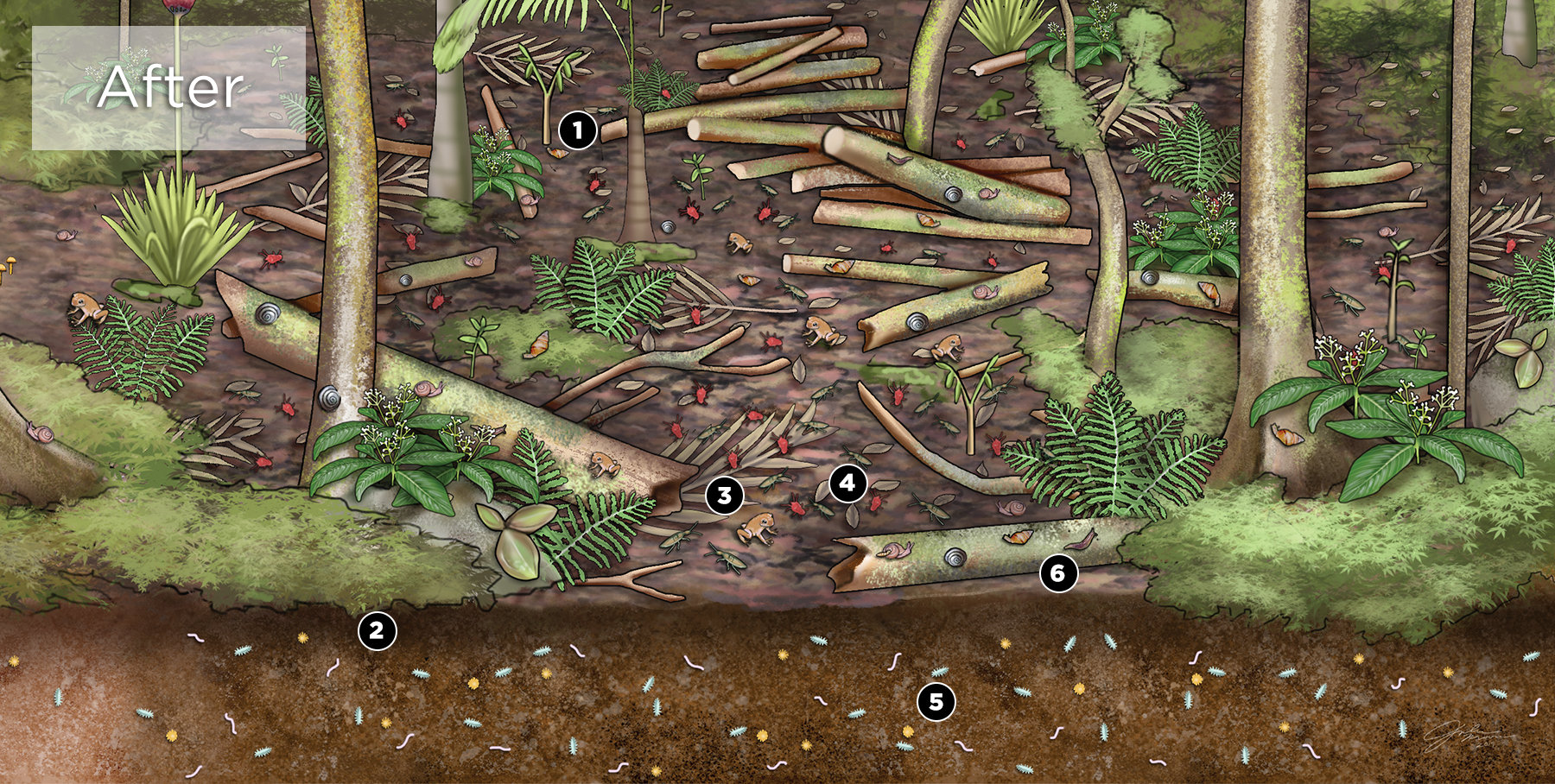 Opening the canopy led to: 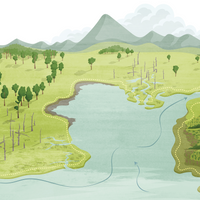