The muscles’ intrinsic timekeepers keep the body’s metabolic pathways in sync with activity and rest cycles during the day. The muscle clock is regulated by feeding and physical activity—behaviors controlled in part by the suprachiasmatic nucleus (SCN), the body’s so-called master clock. Researchers have found that the muscle’s intrinsic rhythms could be tweaked in mice by changing the timing of feeding (Gene Dev, 14:2950–61, 2000), which is an important cue for other peripheral clocks as well. Scheduled exercise can also tune the muscle’s clocks, affecting the expression of circadian genes such as those involved in maintaining the muscles’ contractile properties (Med Sci Sports Exerc, 44:1663–70, 2012). Conversely, disrupting muscle clocks can affect sleep, suggesting that rhythms in the body’s peripheral tissues feedback on the brain, possibly through circulating hormones or other chemical messengers. 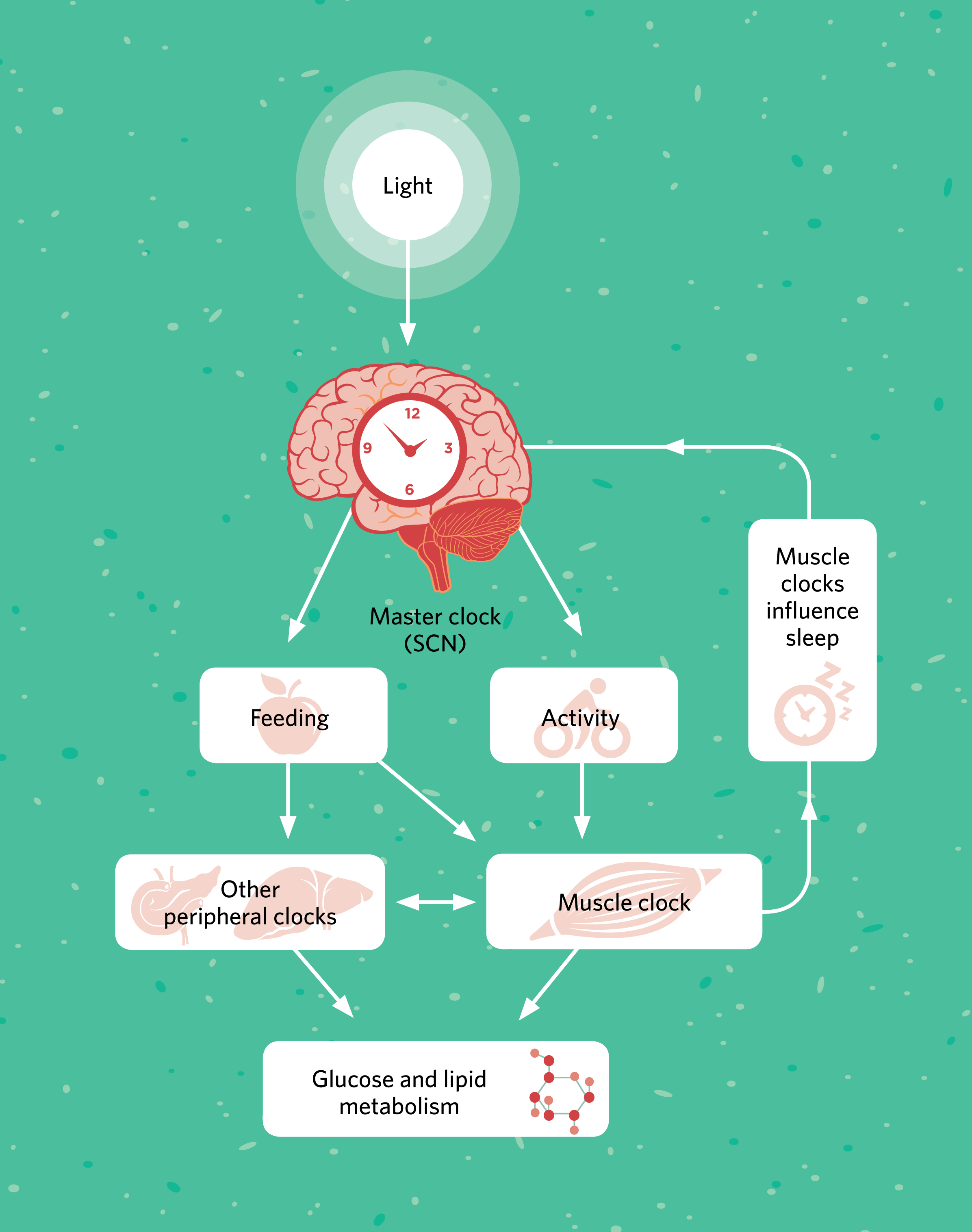 Proteins required to metabolize sugars and lipids are also produced in a circadian manner. Researchers have found that genes that regulate the storage of these fuels reach peak expression levels when animals are preparing for rest, while those involved in breaking them down for energy production peak just before the active phase begins. 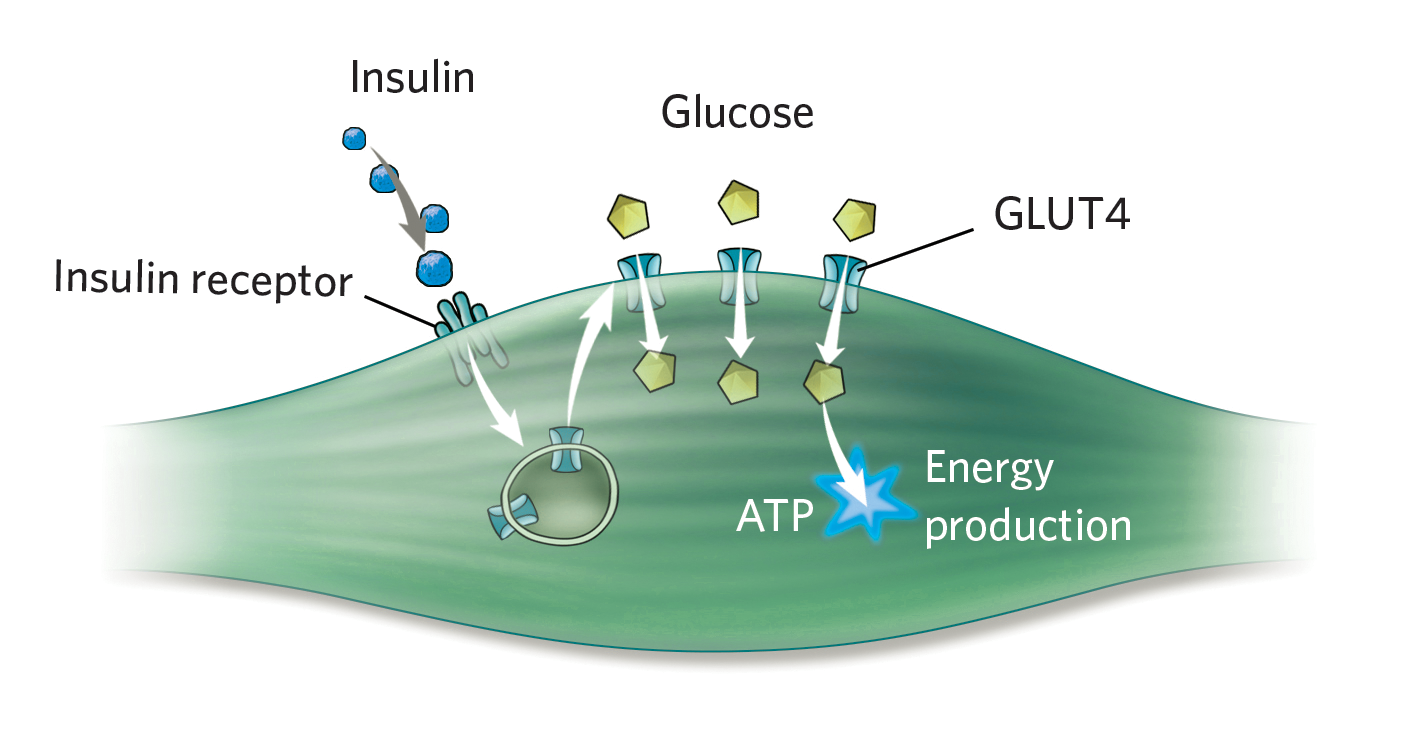