These tiny subnuclear bodies typically measure 360 nanometers in diameter. They are composed of a long noncoding RNA (lncRNA) molecule called NEAT1, which serves as the seed. Proteins that bind to NEAT1 accumulate, self-associate, and recruit other proteins, forming a mature paraspeckle.

When a cell is stressed, various triggers can cause it to increase the production of the lncRNA NEAT1, leading to the formation of more paraspeckles. These bodies can grow to up to 2 micrometers in length, changing from a spherical shape to oblong and sometimes branched structures. They trap various proteins and mRNAs, hindering their function and thereby affecting the cell’s continued response to stress. 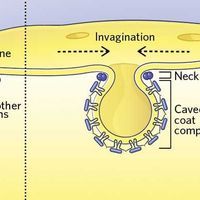